Lincoln Michel’s brisk, entertaining debut novel, The Body Scout, weaves cyberpunk tropes through a gritty, near-future world of corporate greed and pro baseball. Growing up in the bleak underground warrens of a New York City partly submerged due to climate change, Kobo and his best friend, JJ Zunz, dreamed of playing in the big leagues. Now Kobo is a talent scout for pro teams owned by Big Pharma, whose cutting-edge drug blends fuel the top players. Zunz, on the other hand, is a star hitter for the Monsanto Mets—until he drops dead on the field during a playoff game. Was it poison or a careless overdose? Kobo’s investigation plunges him deep into a web of corporate politics, intrigue, and cutthroat shenanigans. Readers won’t need to be baseball fans to enjoy this gripping, dystopian-tinged ride.

Dystopias are everywhere these days. They’re in popular TV shows, video games, children’s novels, and—let’s be honest—the daily news. (What else can you call it when every other news story is about pandemics, environmental collapse, or ever-widening wealth inequality?) Dystopian fiction has a rich and long history in science fiction, and for good reason. By showing us the extreme outcomes, dystopian literature helps us better see the dangers of the paths we are heading down. At least that’s the hope.

Yet when the daily news feels dystopian, perhaps the standard dystopias start to feel a little tame. Perhaps we become inured to threats the books are exploring. So for this list I thought I’d write about strange dystopias. Ones that not only warn us of future dangers, but also inhabit that bizarre dreamlike space that lets our minds see more clearly. Plus, shouldn’t science fiction always be a little weird? Here are 10 of my favorite strange dystopian novels. 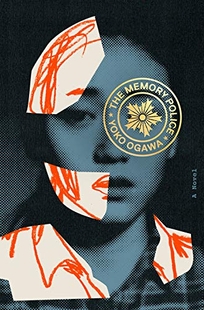 1. The Memory Police by Yōko Ogawa

Yōko Ogawa is one of my favorite authors of dark and strange stories—get Revenge stat!—and her foray into science fiction doesn’t disappoint. In The Memory Police, Ogawa filters Orwell through Kafka to describe a dystopian island nation where the secret police cause not only people but also concepts to disappear. Citizens might wake up one day and find that “hats” or “books” have been erased. Not just from the physical world. From everyone’s memories and imaginations. It’s a nightmarish novel in the most literal sense: strange, dreamlike, and unforgettable. 2. A Planet for Rent by Yoss

The Cuban author Yoss has been writing excellent, weird science fiction for a while now. If you haven’t hopped on the Yoss train yet, then there’s no better place to start than his first novel translated into English, A Planet for Rent. In this novel-in-stories, Earth has been colonized by powerful alien races and turned into a tourist trap. Humans are desperate to escape on homemade rocket ships, and the ones who stay scrape out a living incubating alien grubs in their bodies or else taking on bizarre entertainment jobs like having your limbs and organs exploded on stage. The book’s critique of colonialism, capitalism, and communist bureaucracy are clear, but even at its most dystopian, the novel never forgets to be fun. 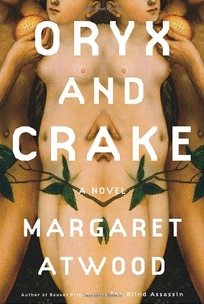 3. Oryx and Crake by Margaret Atwood

When one thinks about Margaret Atwood and dystopias, The Handmaid’s Tale is what comes to mind. And justifiably. But if we’re talking strange dystopias, then I have to plug her brilliant novel Oryx and Crake, which opens the MaddAddam trilogy. The novel takes place in a post-apocalyptic future where bizarre lab-created humanoids with blue butts move around the ruins of a plague-ravaged world. Much of the plot takes place in flashbacks to the time before the apocalypse, when corporations with whimsical names like Anooyoo and RejoovenEsense pacified the “plebs” with innovations like ultra-Viagra pills and transplantable organs grown inside hybrid pig creatures named “pigoons.” (In my novel, the government’s frog/eagle “freagles” are a little homage to Atwood.) The main character, Jimmy, must survive in the ruins of the world while his memories slowly reveal how he and his friends Crake and Oryx helped turn the dystopia into an apocalypse. 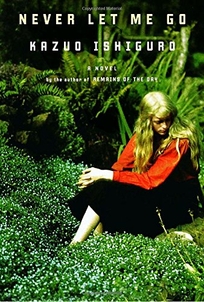 Ishiguro’s disquieting masterpiece makes the list for seeming so normal at first. At the beginning, you are tempted to think it’s a classic English boarding school novel. We follow Kathy and her friends Tommy and Ruth at Hailsham as they navigate the awkward and fraught relationships of teens everywhere. However, you soon realize that things are… not quite right at Hailsham. The teachers are called “guardians” and the ones who hint at the truth of the students’ lives are quickly removed from the school. I probably shouldn’t say anything more or risk giving away the novel’s haunting twist. Ishiguro’s famously taut and minimalist prose deftly moves the story from normal to strange. 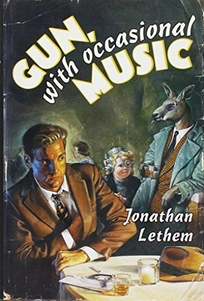 Lethem’s reputation as a consummate genre-bender started with this debut novel. Gun follows a Raymond Chandleresque private detective, Conrad Metcalf, trying to solve a murder in a futuristic San Francisco. Lethem throws a whole bunch of fun and strange concepts at the reader. There are “evolved,” talking animals everywhere (including in organized crime), technologically enhanced “baby-head” children who are smarter than adults, and karma debit cards. Oh, and handguns have violin soundtracks. It’s a wild ride with something surprising on every page. 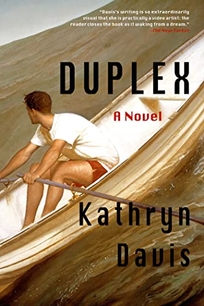 Duplex is one of the most indescribable, bizarre, and unforgettable novels you’ll ever read. Is it dystopian? Science fiction? Fantasy? Domestic realism? It’s a bit of everything. The novel takes place in a kind of Twilight Zone American suburb where everything dark and unreal exists simultaneously. There is perverted sorcerer named Body-without-Soul, tiny robots that accidentally disintegrate schoolgirls, and inhuman Aquanauts. Nothing is what it seems in this surreal Americana tale. It’s one of those novels you will either love or hate, but if your tastes bend toward Surrealism then I highly recommend checking it out. 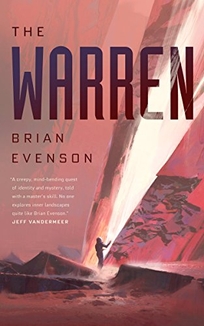 7. The Warren by Brian Evenson

Brian Evenson is a modern master of literary horror fiction and many of his works have dystopian and apocalyptic elements. This excellent novella is one of those, showcasing Evenson’s unique blend of existentialism and body horror in a post-apocalyptic setting. A being named only X thinks he is the sole survivor, yet he’s also unsure if he is even a person. His inquiries to the computer system only deepen the mystery. Scouring the poisonous landscape, he finds another being that is unlike him. His sense of reality destabilizes further as the reader is pulled deeper and deeper into the mysterious, shifting, and haunting world. 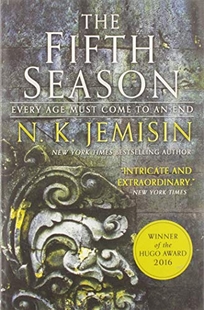 8. The Fifth Season by N.K. Jemisin

While most of the novels on this list are firmly science fiction, N.K. Jemisin’s stellar Broken Earth trilogy—The Fifth Season is the first novel in the series—is set in more of a fantasy world. In the continent of the Stillness, the earth itself is a danger. Plagued by earthquakes and deadly creatures like boil bugs, the people in the Stillness hate and fear and oppress the magical Orogenes, who have powers to control the land. And then the world literally begins to fall apart. The whole trilogy is a SFF masterpiece, which each entry winning the Hugo for Best Novel. If you haven’t read it yet, what are you waiting for? Kōbō Abe is such a foundational author for me that I even named the main character in my novel The Body Scout after him. Abe is sometimes called the “Kafka of Japanese literature,” which seems especially apt in this truly strange novel. A man’s wife is taken to a hospital. But when he tries to find her, he instead finds himself trapped inside an enormous, labyrinthine hospital. Kafka meets Dali as the man has to navigate demented, philosophizing doctors, impossible diseases, and a half-horse chief of security. Part satire, part nightmare, it’s a dystopian acid trip of a novel that won’t make you want to go to any hospitals anytime soon. 10. The Lathe of Heaven by Ursula K. Le Guin

Le Guin’s best novel might be the more utopian The Dispossessed, but The Lathe of Heaven is my favorite of her dystopian visions. At the start of the novel, society is already in a bad place. The environment is collapsing from climate change and overpopulation. Wars rage around the world. Then, suddenly, reality changes. Then it changes again and again and again. The gist is that there is a man whose dreams can change reality and a mad scientist who seeks to exploit this to perfect the world. But it doesn’t always go right. For instance, when the scientist insists the man dream a solution to overpopulation, a plague decimates the world. When he makes the man dream of peace on earth, alien turtles invade, forcing humanity to unite against the threat. This novel, Le Guin’s tribute to the works of Philip K. Dick, is a true mind-bender and a good reminder that when you try to impose utopia, dystopia is often the result.