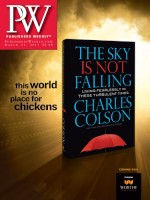 In No Biking in the House Without a Helmet, Melissa Fay Greene talks about expanding her family through adoption.

You already had a houseful of kids—four biological children—when you decided to adopt a four-year-old boy from an orphanage in Bulgaria. Why?

We loved raising the kids. I used to run into people who'd say, Oh, it goes by so fast, and I would think, No, not with us. I was outside the space -time continuum. For a busy mother, days go by very slowly; each hour is infinite when you are exhausted, and I was in a preserved amber of endlessly slow afternoons. I thought: this will be my life. Then suddenly Molly grew up and moved away from home, and we wondered what happened. We had just gathered the children and they were starting to leave us.

You write about the huge risks involved in adopting from foreign orphanages. How did you make that leap of faith and did you ever regret it?

I don't think there's any commitment in life equal to adoption of a child, because you don't know the child and you're making a lifelong pact. You don't know if you're going to be a good match, or what the kid's baggage is. The discovery in recent decades—from people adopting out of Ceausescu's Romania—that early deprivation can lead to long-term damage was something we didn't realize in this country, where we have almost no orphanages. The revelation that adopted children won't turn around on the first weekend to Disney World is daunting.

There have been some highly publicized accounts of children adopted from orphanages being sent back, as you discuss in your article "Love Medicine" in February's Good Housekeeping.

The majority of adoptions do work, but some parents don't have the skills. That can happen and it's not the end of the world. Sometimes it's not a good match. Sometimes you have to transform your home into a therapeutic setting—some parents can't do that.

You adopted four other children from orphanages in Ethiopia where families have been devastated by the HIV/AIDS crisis.

It wasn't a humanitarian act. We simply wanted more children, and the children needed families. The do-gooder impulse should be on the back burner. We asked the rabbi not to praise us—just do the bar mitzvah. You wouldn't want your parents to be constantly praised for raising you. Little kids don't know what happened to them.

Are there more children on the way?

The kids are now 13 to 29, with five at home. This would have been our empty nest year. But there's still plenty of bedlam here, still soccer playing in the basement. Everyone gets along. I'm 58 and I would say we're gonna be so old we won't notice who's slamming the door and coming in and out. I'm feeling increasing longing to travel. Our kids will all be setting up their own little nests, and I want to be able to visit. But we hope, in the future, to be more involved in the lives of our children's siblings still in Ethiopia.

A version of this article appeared in the 03/21/2011 issue of Publishers Weekly under the headline: Children and More Children: PW Talks with Melissa Fay Greene
TOC
ADVERTISEMENT
More from pw