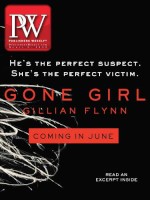 Publishing In Russia 2012: Growing the Digital Side of the Business

Battling e-piracy while ramping up offerings and services

Amazon.com is the model that most online bookstore entrepreneurs want to adopt (and, hopefully, replicate its success as well). But tweaking it to fit the Russian book industry—that is easier said than done.

Here, credit card culture is widespread in big cities like Moscow and St. Petersburg, but out in the regions it is as common as spotting a Siberian tiger. Deep distrust of credit cards permeates a society that is used to counting out rubles for every transaction. The same goes for buying goods over the Internet. To top it off, many Russians still do not have Internet access or the habit of shopping online.

But the collapse of the Soviet-era book distribution system and dipping numbers for bricks-and-mortar outlets offer big opportunities for online entrepreneurs in different parts of the country. And they are quick to grab a slice of the pie. (Even traditional bookshops are jumping on the bandwagon by establishing online storefronts.) Instead of charging to credit cards, customers can use other payment methods, such as PayPal, postal order, direct wire transfer, “online wallet” services, coupons (sold by telco shops), and, of course, cash on delivery. Books can be picked up personally, delivered through Russian Post or couriered overnight. For now, offering the latest releases, hard-to-find titles, and discount programs have proven effective in attracting new customers and maintaining loyalty.

Growth of online bookselling (print or e-book formats) may be in the double digits, but its sales account for less than 10% of Russia’s overall book transactions. E-piracy is the main culprit, and many e-retailers are up in arms about it. But different companies have their own ways of surmounting these challenges, as the following major digital players will tell you.

Revamping its Web site for the best online experience is an ongoing endeavor for Books.ru. Since its establishment in 1995, the storefront has been redesigned six times, the most recent in July. The company has certainly come a long way since its early days as a publishing house specializing in professional computing/programming and educational titles. Its online store was initially set up to sell only its own titles, but strong demand from customers for other types of books and the appearance of Amazon.com (then just one year old), with its novel model, pointed Books.ru in a different direction. (The publishing business is now a separate division.)

“In the past 15 years, our focus has been on developing sophisticated software to help us reduce logistical costs and maximize efficiencies,” says CEO Alexander Galunoff, who has more than 100 staff on his online team. Headquartered in St. Petersburg (where it has a large warehouse), Books.ru added another warehouse, this time in Moscow, to expedite delivery to its customers. “We started selling e-books about three years ago, and it was also around this time that we began offering our services to small and medium-size publishers, which usually do not have access to the various distribution channels. Now we offer more than 3.5 million titles, nearly 60% of which are foreign, and half a million POD titles in Russian.”

Prompted by the popularity of social networking, Galunoff and his team added this function to their Web site last year. “For instance, using Facebook, our 750,000-plus registered users can now locate their friends or neighbors who bought titles from Books.ru, enabling them to exchange ideas about the books or get together to form a book club. This works very well for small towns.” The team also sends out nearly 500,000 weekly e-newsletters, “but such promotions no longer work as well because of privacy concerns.”

The piracy battle is fought differently at Books.ru, focusing on translation and digitization efforts in collaboration with selected publishers. “We started with O’Reilly on their programming titles—which, naturally, we know very well—and these are now available as downloadable files.” Piracy is nothing new to Russia, he adds. “About 10 years ago, it was with software, and our strategy then was to emphasize that legal software was virus-free. It worked. We just have to figure out how to do it with books and convince people to toe the line.”

The statistics from LitRes, the largest digital content provider in town, are encouraging: 60,000 titles (in Russian), 250,000 reading apps, 750,000 registered users, 2.5 million unique visitors, and 5.5 million monthly hits. “Demand for e-books is growing, and sales of our e-book readers doubled last year. We find that iPad users are very loyal and most willing to pay for e-books,” says general director Sergei Anuryev, who predicts that the Russian e-book market will grow 10 times over the next three years and contribute a sizable chunk to the country’s overall book sales.

Meanwhile, the e-book piracy fight continues at LitRes. “We have initiated discussions with the Russian Book Union, and we are in the process of developing several anti-piracy initiatives. Last year, we managed to get some pirate sites to close—10 of them to be exact—and publishers have taken the cue from us and started to issue piracy clauses.” Some of the pirate sites pursued by Anuryev closed for good, while some others have gone straight. Koob.ru and epubbooks.ru, for instance, now refer visitors to LitRes.

But LitRes continues to have problems with sites such as flibusta.net and lib.rus.ec that pirate Russian as well as English titles. “The fight has only started. I have identified nearly 100 most popular sites as our primary targets. The Russian Book Union is working with the Russian State Duma to amend our civil law to cover piracy.” Anuryev is also working with Google to remove pirate links. Some 25,000 links have been taken down, and on average about 10,000 links to file folder sites such as rapidshare.com are deleted per month. “Such effort is made possible by the Digital Millennium Copyright Act, which has been rigorously enforced in the U.S.”

Now that its collaboration with MintRight is going well (“enabling us to sell Russian e-books all over the world”), LitRes has also started working with the local Samsung office “as we are seeing significant e-book demand from smartphone users. We are now providing content to Samsung’s e-bookstore for its Galaxy and Galaxy Tab, and newer models as they come up.”

Apps development is another successful venture. “We started iOS and Android apps last year, and they now account for more than 10% of our sales. Going forward, we will develop apps for other platforms. They will be promoted on our Web site and on our e-reader, LitRes Touch.” The e-reader, launched in December, costs 6,499 rubles ($215).

Print book sales at Ozon.ru, Russia’s answer to Amazon, grew 26% in 2011, says Alexey Kuzmenko, head of the books division: “We offer 750,000 titles online, 220,000 of which are in Russian. But 95% of sales come from Russian titles. Accordingly, we stock nearly 90% of these titles to make sure orders are processed within 24 hours. For foreign titles, we only stock bestsellers.” Ozon.ru also offers around 950,000 POD titles (fewer than 5% printed in Russia), while audio books represent only 2%–3% of its total sales. This year will see Kuzmenko and team expanding the range of foreign titles while improving the search engine for better customer service.

“There is now more competition in the online business, and we have spent the last two years looking at our pricing policy,” adds Kuzmenko. “Our prices are slightly higher than those of other online retailers, but we compensate by providing a better shopping experience and service. For instance, we now have more than 2,000 collection points across Russia. In big cities, we have several points near train stations or at our partners such as MultiPhoto. Aside from Russian Post, we have our own O-courier service” for delivery. His team offers a special bonus to frequent shoppers (“500 rubles off the next order”) or even small gifts to promote loyalty. Creating its own book prize, Runet Book Award, is another strategy, and the first ceremony in September saw winning titles like The Hunger Games, Kindergarten Is Too Late, and Marilyn Monroe: Fragments, Poems, Intimate Notes, Letters in different categories.

Encouraged by the online business boom, Ozon has launched its own digital division, headed by Michael Osin. “There are around 15,000 e-books, priced at 100 rubles each, in our store, and we have started working on PC- and Macintosh-based games while thinking about adding music and movies,” says Osin. “The focus, of course, is on selling e-books. So now Ozon offers the best of both worlds: the option to buy the physical book or download the file. With demand growing in the provinces due to better broadband connection and more people making online payment by credit card, we are confident of growth in both e-book and print book sales.”

Frenchwoman Maelle Gavet took over as CEO from Bernard Lukey when he moved to Ozon Holding as president. Gavet, formerly with Boston Consulting Group’s retail and consumer division, raised $100 million last September and has recently added the shoe and accessories retailer Sapato (Russia’s Zappos) to Ozon’s growing group of companies.

A version of this article appeared in the 04/02/2012 issue of Publishers Weekly under the headline: Publishing In Russia 2012: Growing the Digital Side of the Business
TOC
ADVERTISEMENT
More from pw