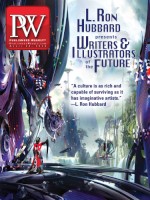 How the Story Comes Together: Anthony Doerr

Anthony Doerr says he’s something of a magpie. As he tells it, his second novel (and fourth book), All the Light We Cannot See, has its origins in an overheard conversation, current events, travel, and an old Sears catalog. Though it’s based in seemingly quotidian experiences, the book, which is due out in May from Scribner, took Doerr 10 years to write. It’s set in Germany and France before and during WWII, and jumps to the present in the final pages. Doerr weaves together the stories of a blind French girl, an orphaned German boy, and a Nazi officer searching for an enormously valuable gem. He sees the book as a “triangulation” between the three—a balancing act; to “invest equally” in the German boy and the French girl in occupied territory, he needed the Nazi officer as a counterweight.

The idea for the first part of the story came in 2003, when Doerr, on a commuter train between Princeton, N.J., and New York, overheard a man complaining about cell phone coverage. Doerr realized that we’ve forgotten how miraculous it is to carry around a tiny object that sends voices across thousands of miles. And, thus, the first piece of the book was born: a trapped boy, listening to radio. Piece #2 came a year later when Doerr went to St. Malo, France, to promote his novel After Grace. Occupied by the Germans and then almost completely destroyed in 1944 by American bombs, St. Malo is a coastal, city with pirates in its past; it has deep cellars where a person—the boy with the radio, say—could survive for days. Now Doerr had the bombing as a focal point, along with a place, time, and situation. Next, still deep in the process he describes as “feeling out what you want to make,” he read an article about curators at the Iraqi National Museum in Baghdad hiding their treasures to preserve them from looters and war damage. Doerr decided to use the Natural History Museum in Paris, which hid its vast gem and mineral collection in the weeks leading up to the fall of Paris in WWII. Somewhere in the process, Marie-Laure and her father, a locksmith at the museum, appeared in his mind

The book is divided among the three main characters and moves back and forth among the events that take place immediately before, during, and after the St. Malo bombing, as well as between other moments, personal and historical, that lead up to them: Marie-Laure loses her sight and learns Braille; she and her father flee Paris for St. Malo; Werner passes the test for an elite Nazi training school, but leaves early because his radiographic skills are needed at the front; Sergeant Major von Rumpel begins searching for gems for the Führer’s collection. For Doerr, cross-cutting between the concentrated urgency of the bombing and the more quotidian moments of the previous decade builds suspense. Though readers know the bombing is coming and can guess that the paths of the three main characters will converge, they read on to discover exactly what happens, and how. Perhaps counterintuitively, Doerr doesn’t think withholding information is the best way to create suspense. “It’s more exciting if you know what’s going to happen. If I have dinner with you and then at the end I pull out a gun and shoot you, that’s surprise; if I put the gun on the table at the beginning of the meal, that’s suspense.”

Doerr simultaneously wrote the beginning, middle, and end of the book, which is at once a war story, a heist tale, and a love letter to the physical world. He claims that his last two books—Four Seasons in Rome, a memoir of the year he and his wife and infant twin boys spent in Rome at the American Academy after winning the Rome Prize, and the Story Prize–winning collection Memory Wall—were written as a form of procrastination. The research for All the Light also created a “whirlpool” of procrastination. That’s where the Sears catalog came in. Doerr needed to know what his characters would see and touch—he had to be able to imagine what would be on a character’s bedroom dresser before he could write the character. A sometime writing teacher, Doerr says his students always want to write about “big things like love or getting lost or heartbreak, and they miss the simple message of staying in the physical level all the time.” That level is evoked through detail, and, according to Doerr, it’s what lets an author “present an argument: that’s the essence of rhetoric, and that’s what we’re doing—we’re arguing readers into believing the fiction we’re making.”

For Doerr, a believable story accomplishes two things: it transports readers, and it teaches them something. Asked what he’d like readers to learn from All the Light We Cannot See, Doerr answers: “that war is more complicated than they might have thought, that there were civilians on both sides making really complicated moral decisions,” and that even during war, there are “little miracles in the world, snails and gulls and radio and Audubon’s paintings.” Yes, snails: Doerr’s fiction often contains chunks of the physical world—sometimes literally, as with Marie-Laure’s beloved mollusks—and of the science that lets us understand it. Doerr’s science-teacher mother sometimes took her sons into the country (he was raised in Cleveland, Ohio, and now lives in Boise, Idaho) and taught them how the world worked, but she was also a great reader, who conveyed the idea that “science and stories are two ways to interrogate the world.”

Science and story coalesce in radio: Werner’s genius first shows up as the ability to build and repair radios, while Marie-Laure’s war-traumatized great-uncle uses radio to memorialize his brother. Later Werner’s skills are used for the Nazi war apparatus, and, throughout, Doerr is interested in radio’s ability to bring people together—with propaganda, resistance, science, and music competing for bandwidth, not only in the air but in listeners’ minds. For Doerr, who admits to being “kind of in love with the world,” radio is both the invisible light of the book’s title and a representation of all the connections the book depicts. In explaining that, he waxes both scientific and poetic, describing what we would see if radio waves became visible—all “the text messages whizzing around us right now, love notes and hate mail literally flying all around us.” For a moment, the air shimmers with words, and Doerr has accomplished in miniature what he hopes to do in his book: he’s used the physical to make the invisible visible, and has created a world readers know is fiction but believe in anyway.

Martha Schulman lives in New York and is a frequent reviewer for Publishers Weekly. She is working on a novel.

A version of this article appeared in the 04/14/2014 issue of Publishers Weekly under the headline: How the Story Comes Together: Anthony Doerr
TOC
ADVERTISEMENT
More from pw