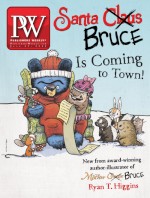 Setting Up a New CBA

Several Canadian independent booksellers have formed a steering committee to work on the creation of a new, nationwide booksellers association. The original Canadian Booksellers Association was founded in 1952, but financial troubles led to its absorption into the Retail Council of Canada in 2015.

“We really miss the CBA,” said Heather Kuipers, owner of Ella Minnow Children’s Bookstore in Toronto and a member of the steering committee. “We feel we need an organization that can communicate with publishers, with authors, and with government to explain where bookstores fit into the cultural fabric of the country.”

Kuipers added that she, along with colleagues from Another Story, Glad Day Bookstore, and Queen Books in Toronto; Blue Heron Books in Uxbridge; and Black Bond Books in British Columbia, have begun discussions in earnest to form an association. “We think that sometimes booksellers get lost in the conversation about culture in this country, and that people don’t know we are the third leg of the industry, which includes publishing, distribution, and us, the retailers,” she said.

In particular, Kuipers noted, booksellers want a collective voice that can lobby the government for stronger support. “We are, for example, interested in what has happened in Quebec and are exploring how that might work in other provinces,” she said, referring to a Quebec law requiring public institutions make their book purchases at local bookstores.

Kuipers added that an association might work with the government to find a way to facilitate selling more books into the north of Canada, where there are few stores. “Canada is a huge country, books are heavy, and shipping is expensive, and [the government] needs to think about that,” she said, suggesting that government assistance would help. At present, the remote parts of the country are serviced primarily by big-box stores and Amazon, “which isn’t even Canadian,” she noted.

Inspiration to form a new CBA came from the experience of some booksellers who were interacting with members of the American Booksellers Association. “I was at Winter Institute this year, and it was just amazing to see how everyone there had formed this one big unit and had each other’s back,” said Alex Snider, co-owner of Queen Books in Toronto and another member of the steering committee. A new CBA, she said, “would be especially helpful to new booksellers coming into the market, and help them feel part of a larger community.” He added, “We see that working very well in British Columbia, where they already have a strong booksellers association.”

As for next steps, the committee is working to put together a Google map that will show the location of every independent store in the country and is looking for an individual to take on the administrative tasks required to make things official. “We’re hoping to find some financial support to make that happen,” Kuipers said. “But in the meantime, we are slowly getting the word out to booksellers, and it’s really their support we need most of all.”

A version of this article appeared in the 07/23/2018 issue of Publishers Weekly under the headline: Setting Up a New CBA
TOC
ADVERTISEMENT
More from pw