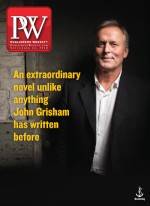 From the city to the wilderness, Québec offers its crime writers varied settings and a sense of adventure for their books

Québec and its long, dark winters have much in common with the Scandinavian environment that has proven such a fertile ground for authors in the ever-popular Nordic noir genre. While Sweden brought the world Henning Mankell and Stieg Larsson and Norway introduced readers to the likes of Jo Nesbø and Thomas Enger, Québec has been nurturing a thriving crime fiction scene all its own, and these homegrown authors have no reason to envy their Nordic cousins.

Much of this writing is in English. There’s John Farrow (the pseudonym of writer Trevor Ferguson), most notable for the internationally well-received trilogy comprising City of Ice, Ice Lake, and River City. New York Times bestselling author Louise Penny is a well-known name. Kathy Reichs famously sets her forensic thrillers in Montréal. Linda Leith Publishing regularly releases the literary crime of Peter Kirby (whose Open Season won the 2016 Arthur Ellis Award for Best Novel), as well as the mystery and crime novels of Michael Blair and Jennifer Quist, to enthusiastic reviews. And the Ricochet Books series of vintage noir mysteries is lovingly published by Véhicule Press, complete with original cover designs from the late 1940s and early 1950s.

Québec’s first publisher devoted to genre fiction, Alire, has been flying the crime fiction flag since it was founded in 1996, publishing the very successful novels of Jacques Côté, Jean-Jacques Pelletier, and Patrick Senécal. Three more Alire authors worth keeping a close eye on are Maxime Houde, whose 1940s Montréal will remind readers of Raymond Chandler’s vintage noir; François Lévesque, who specializes in dark family secrets; and Richard Ste-Marie, whose “characters and plots,” Alire says, “are the polar opposite of the genre’s clichés.”

In terms of authors writing in French, there are a few household names to be sure (Chrystine Brouillet, Guillaume Morrissette), but comparatively few crime novels and thrillers have been translated from French into English until recently. That’s all about to change, though, as Patrick Senécal and Martin Michaud—both of whom have also taken their novels to the screen—have signed English translation deals, with Simon & Schuster Canada and Dundurn, respectively, the latest in an impressive series of such deals for Senécal, whose books have been translated into German, Italian, Polish, Spanish, and other languages.

Then there’s Roxanne Bouchard, whose literary crime novel We Were the Salt of the Sea—set in the remote Gaspé Peninsula—was recently published in English translation in the U.K. After a launch at Canada House on Trafalgar Square in London and a panel on crime in translation at the Newcastle Noir crime writing festival, she was feted at the Edinburgh International Book Festival.

A “touch of the exotic” is what sets Québec crime fiction apart in the opinion of David Warriner, who translated Bouchard’s Nous étions le sel de la mer (VLB Éditeur). “Readers love a strong sense of place,” Warriner says. “Québec offers a vast adventure playground with everything from downtown Montréal grit and quaint Québec City charm to the most remote and creepy of wilderness backdrops. In Québec, authors are not bound by the traditional confines of French publishing and are not afraid to push the limits.”

A version of this article appeared in the 09/24/2018 issue of Publishers Weekly under the headline:
TOC
ADVERTISEMENT
More from pw