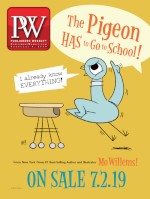 In a rumored six-figure acquisition, Alessandra Bastagli at Dey Street preempted North American rights to Margaret Coker’s The Falcons. Coker is the former New York Times Baghdad bureau chief, and the book, Dey Street said, is “the untold story of an elite Iraqi spy cell named the Suquor [Falcons], made up of an unlikely group of ordinary Iraqi men”—including two brothers recruited as spies by the CIA. The publisher elaborated that the book will “offer a new perspective on the vital role that Iraqi citizens played in turning the tide against the Islamic State’s reign of terror.” Adam Eaglin at the Cheney Agency brokered the U.S. deal. In the U.K., the book was preempted by Viking UK.

For Macmillan’s Forge imprint, Diana Gill nabbed North American rights, at auction, to Louise Callaghan’s Father of Lions in a rumored six-figure deal. The nonfiction work was sold by Lisa Gallagher at Defiore and Company on behalf of Mulcahy Associates in the U.K.; she said the book “puts a human face on war in the wake of tyranny.” Callaghan is the Middle East correspondent for the Sunday Times and the book, Gallagher elaborated, focuses on the Mosul zoo. As the animals at the zoo begin to starve when Iraqi forces invade the city, a group of locals, led by a man named Abe Laith, goes hungry “to keep the animals alive, risking their lives to run through ISIS-occupied neighborhoods, begging and picking through trash cans for leftovers.” The title is slated for September 2019.

Gregg Hurwitz signed with Minotaur, for seven figures, to pen the next three titles in his bestselling Orphan X series, in a deal that covers the sixth, seventh, and eighth books in the line. The multibook deal was brokered by Keith Kahla and Lisa Erbach Vance at the Aaron Priest Literary Agency. The series, launched in 2016, follows Evan Smoak, who was taken from his family as a boy and trained to be a government assassin. It was optioned last year by the production company Makeready (which is behind the Snapchat series Class of Lies), and Minotaur said there are plans in place to adapt it into a TV series in partnership with Justin Lin’s production company Perfect Story Entertainment. Book four in the series, Out of the Dark: The Return of Orphan X, was released by Minotaur last week.

British author John Marrs sold a thriller titled The Passengers to Rebecca Brewer at Berkley. The deal, for U.S. rights, dovetails with news that Marrs’s previous novel, The One (Hanover Square, Feb.), is being adapted into a series for Netflix. The Passengers, Berkley said, takes place in a near future where self-driving cars are commonplace. It follows “the occupants of eight hacked cars—victims of a well-orchestrated plot—whose ordeal is streamed live as the hackers demand the public decide who lives and who dies.” The book is slated for a September 2019 publication. Brewer brokered the deal with Rae Shirvington at U.K. publisher Ebury.

Little, Brown’s Ben George took North American rights, at auction, to Jennifer Hofmann’s The Standardization of Demoralization Procedures. The debut novel, set for 2020, was sold by Chris Clemans at Janklow & Nesbit. He said the book takes place during “one of the last and most fateful days in the history of East Germany” and follows “a Stasi officer in the twilight of his career as the disappearance of a young waitress unwinds the secret of a long-ago betrayal.” The Austrian-American author lives in Berlin and has an MFA from New York University.

Newbery Honor author Amy Timberlake sold, at auction, the first three books in a middle grade series titled Skunk & Badger to Algonquin. Elise Howard took world English rights to the series from Steven Malk at Writers House, who represented Timberlake and the series’ illustrator, Caldecott Medalist Jon Klassen. Algonquin said the series follows “an odd-couple friendship between joyful and easygoing Skunk and analytical and set-in-his-ways Badger, who hilariously and heartwarmingly change each other’s lives forever.” Book one in the series is scheduled for fall 2020.

Bestseller Natasha Preston (The Lost) closed a three-book, world rights agreement for a trio of standalone YA novels with Delacorte Press. Wendy Loggia struck the agreement with Jon Elek at United Agents. The publisher said the novels, all psychological thrillers, will be books that “deliver what Natasha’s legions of fans want” and “keep readers up at night.”

● Kim Liggett’s novel The Grace Year (Wednesday, fall 2019) has been optioned by Universal Pictures with Elizabeth Banks attached to direct. PW reported that the novel, a YA speculative thriller, was nabbed in a six-figure preempt in 2016. It’s set, PW’s coverage noted, in a world in which teen girls are banished to the woods where they must survive the wilderness—and themselves—before being allowed to return to society as purified women. [Deadline]

● HBO Europe will produce an original miniseries titled Beartown based on Fredrik Backman’s bestselling novel of the same name. The series is set to be five one-hour episodes and is being produced by Filmlance International. [Variety]

● Sarah Pinborough’s Behind Her Eyes (Flatiron) is being adapted into a limited series for Netflix, with U.K.-based production company Left Bank Pictures (which produced The Crown) partnering on the project with Sony Pictures Television. [Variety]

● Clinical psychologist Philippa East sold a debut novel titled Little White Lies, in a world English rights deal, to the HarperCollins UK imprint HQ. In a report from The Bookseller, the publisher called the novel “poignant, heart-breaking and utterly gripping.” [The Bookseller]

A version of this article appeared in the 02/04/2019 issue of Publishers Weekly under the headline: Deals
TOC
ADVERTISEMENT
More from pw