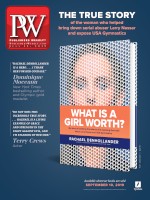 Agent Jack
Robert Hutton. St. Martin’s, Nov.
A trove of files released by MI5 in 2014 revealed the identity of Eric Roberts, a domestic spy who specialized in identifying British Nazi sympathizers during WWII; his actions inspired the 2018 Kate Atkinson novel Transcription. Now Hutton, political correspondent at Bloomberg U.K., posits that Roberts’s success in finding hundreds of pro-Nazi Brits was evidence that fascism could have spread across the English Channel.

Betrayal in Berlin
Steve Vogel. Custom House, Sept.
After the Cold War began, the U.S.S.R. abandoned radio communications, effectively blacking out U.S. and British eavesdroppers. A joint mission to burrow a tunnel through Berlin to tap into Red Army phone lines was successful until British double agent George Blake tipped off the Soviets. Vogel, who covered Cold War–era Germany for the Washington Post, recounts the notorious spy’s story, drawing on declassified documents and interviews with Blake conducted at his Moscow home in 2018, when Blake was 96.

Brooklyn to Baghdad
Christopher Strom, with Jerome Preisler and Michael Benson. Chicago Review, Nov.
Strom, an ex-Marine and retired NYPD sergeant, was recruited in 2007 by a joint military task force to gather intelligence on insurgents in Iraq. With coauthors Preisler (Tom Clancy’s Power Plays) and Benson (former editor at Military Technical Journal), Strom recounts his experience combatting IEDs and applying what he learned as a New York cop on the battlefield.

Double Crossed
Matthew Avery Sutton. Basic, Sept.
Historian Sutton tells the declassified story of missionaries recruited by the U.S. Office of Strategic Services (the precursor to the CIA) to conduct espionage and carry out killings during WWII. The harnessing of Christian zeal for the war effort, he writes, helped fuel the West’s opposition to communism in the later Cold War. PW’s review called the book “an unusually fresh and intelligent addition to WWII literature.”

The Elite
Leigh Neville. Osprey, Nov.
Neville (Special Forces in the War on Terror) runs the reader through the gamut of the world’s special fighting forces, from early U.S. Delta Force missions such as Operation Eagle Claw—the failed attempt to free U.S. hostages in Iran in 1980—to present-day Seal Team Six, along with insights about Britain and New Zealand’s SAS groups and the Polish GROM. Color photographs document the outfits’ weapons, uniforms, and training exercises, and show them in battle.

The Force
Saul David. Hachette, Sept.
Military historian David (Operation Thunderbolt) traces the evolution of contemporary special ops to the First Special Service Force, a team of U.S. and Canadian soldiers who trained in the Montana mountains to prepare for a series of attacks on Nazi strongholds in the Italian Alps. He “works the soldiers’ individual stories into the narrative, adding heart to the derring-do,” PW’s review said, drawing on unsealed Allied and German files and accounts from surviving Forcemen.

History of the French Foreign Legion
David Jordan. Amber, Sept.
This account of the international impact of France’s elite fighting corps covers colonial conquests through current antiterrorism operations. Jordan, a British military instructor, includes battlefield drawings of Legionnaires fending off Moroccan cavalry on foot, profiles of famous enlistees such as Cole Porter, maps of battles and fortifications, and a catalogue of the weapons employed by the Legion over the years.

Life Undercover
Amaryllis Fox. Knopf, Oct.
Fox, a journalist and cohost of the History Channel’s American Ripper, shares her experience as a CIA criminologist and operative. After terrorists in Pakistan killed her writing mentor, journalist Daniel Pearl, in 2002, Fox dove into counterterrorism research at Georgetown University and caught the attention of the CIA. She was recruited and sent undercover at age 22 to spy on terrorist cells. “Fox masterfully conveys the exhilaration and loneliness of life undercover,” PW’s starred review said, “and her memoir reads like a great espionage novel.” A TV adaptation is forthcoming, starring Brie Larson as Fox.

No Ordinary Dog
Willard Chesney with Joe Layden. St. Martin’s, Oct.
In the immediate aftermath of the successful covert raid on Osama bin Laden’s compound in Pakistan, the identity of one SEAL team member was revealed: a Belgian Malinois named Cairo. Chesney, his handler, describes training with Cairo for the mission, and color photos document their close relationship, which has endured in the years since.

Return to the Reich
Eric Lichtblau. Houghton Mifflin Harcourt, Oct.
Pulitzer Prize–winning reporter Lichtblau (The Nazis Next Door) interviewed OSS operative Frederick Mayer about the German-American’s bold work undercover as a Nazi officer. Mayer, whose actions were portrayed in the History Channel movie The Real Inglorious Bastards, fled Germany with his family after the rise of anti-Semitism, then returned to Europe to lead Operation Greenup in Austria near the end of the war, and negotiated the surrender of a Nazi commander.

A version of this article appeared in the 07/15/2019 issue of Publishers Weekly under the headline: Spies and Special Ops
TOC
ADVERTISEMENT
More from pw