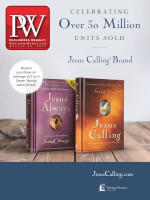 Emotional eating, common wisdom says, is a no-no. Many advice books address the topic, and this season will see others, among them Hanger Management (Little, Brown Spark, Dec.) by Susan Albers, author of Eating Mindfully. But is turning to food in times of distress always a bad thing? These forthcoming titles take a contrarian approach, casting emotional eating—and cooking—not as a health hazard but as a reasonable, even beautiful, fact of life.

The Art of Escapism Cooking
Mandy Lee. Morrow, Oct.
Lee started her food blog, Lady and Pups, when she moved from New York City to Beijing for her husband’s job. To say she disliked her new locale would be an understatement. As PW noted in a starred review, Lee “despised her six and a half years there. Only her dogs and her cooking beat back encroaching depression.” The dishes in The Art of Escapism Cooking, which grew out of her blog, include comforting indulgences, such as lard-infused ramen, as well as variations that convey Lee’s briny persona—breakfast oatmeal served with pickled chilis, for instance—and aim to give readers the comfort and relief they gave Lee.

The Consolation of Food
Valentine Warner. Pavilion, Oct.
As a food writer, chef, and onetime host of the BBC’s What to Eat Now, Warner already places prime importance on food. Cooking took on new meaning for him after a string of personal crises—the deaths of his father and uncle, the failure of his marriage, a period of substance abuse—and he began to think about food in terms of whether it made him feel better, worse, or the same. His memoir, punctuated by 75 recipes, ambles from childhood to the present and documents his renewed appreciation for the ability of even the simplest of dishes to heal.

Eat Joy
Edited by Natalie Eve Garrett. Black Balloon, Nov.
This anthology, which PW’s review called “delightful,” features essays by celebrated writers on the foods that have helped them through periods of despair. Chimamanda Ngozi Adichie remembers the rice jollof made by her family’s houseboy, who died in Sierra Leone. Lev Grossman writes about General Tso’s chicken and his divorce. Rakesh Satyal discusses baking pies, which, he says, was a way of “waving a Pride flag before I could officially come out.” Garrett also edited the 2016 anthology The Artists’ and Writers’ Cookbook (Powerhouse); Meryl Rowin, whose work has appeared in the Los Angeles Review of Books, on Apartment Therapy, and elsewhere, illustrates.

A version of this article appeared in the 08/26/2019 issue of Publishers Weekly under the headline: Eat Your Feelings
TOC
ADVERTISEMENT
More from pw