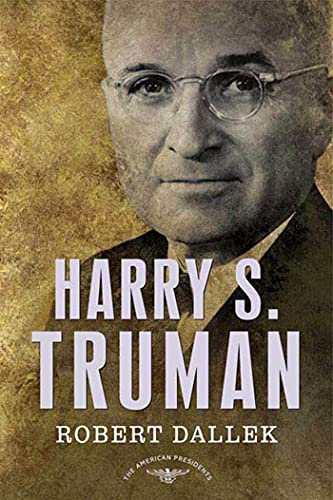 Noted presidential biographer Dallek ( ) turns his skilled pen to the man from Independence. In brisk prose and with the confidence of his vast knowledge of the era, Dallek interprets the life of the simple man who, having unexpectedly and with little experience assumed the presidency when FDR died, surprised everyone by so skillfully shouldering huge burdens. In his day, that meant ending the war with Japan (by authorizing the bombs that leveled Hiroshima and Nagasaki), ordering American troops to repel the invasion of Korea, firing Douglas MacArthur and facing down the Soviets. It also meant protecting the New Deal from erosion, dealing with striking labor and taking unprecedented steps to desegregate the government and armed forces. Just listing these achievements makes clear why Dallek, like other historians, places Truman high on the list of American presidents. Like so many other biographies in the splendid American Presidents series, Dallek's little book is now the best starting point for knowledge of Truman's life and for an astute assessment of his career.