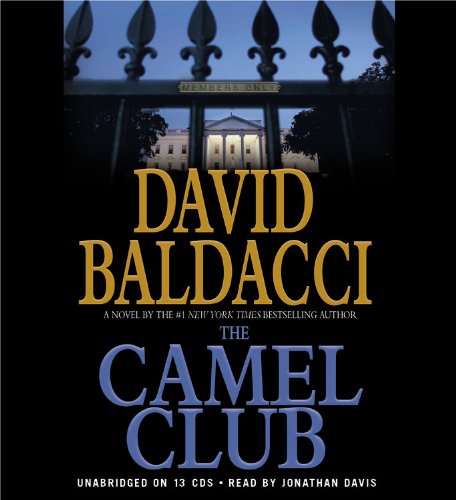 If anyone can make terrorism entertaining and ironically exciting, it's thriller vet Baldacci. New York stage actor Davis helps to brighten up a bleak subject with almost perfect pitch (his female characters' voices are often disconcertingly lodged in the baritone range), as he brings to audio life the adventures of a gang of four Muslim men who live in the Washington, D.C., area and meet regularly in isolated places to discuss and argue about international politics. Led by a likable chap who calls himself "Oliver Stone" because he and the film director share a supersized fascination with conspiracies, the Camel Club is basically an excuse for its members to feel involved and important. But when they accidentally witness a real high-level conspiracy in action, the four are suddenly at the center of a world class disaster which could lead to an American nuclear attack on Damascus. Baldacci works hard to balance all his many characters and their connecting stories, and Davis holds up his end with clever, sharp-edged subtlety that helps listeners stay in the picture.