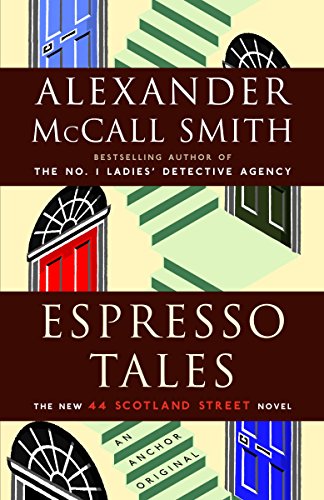 Once again McCall Smith fixes his telescope on the windows of 44 Scotland Street, the converted Georgian townhouse in Edinburgh that provided the title for his previous novel and initiated this latest series. This time out, perhaps Bertie, the gifted five-and-three-quarter-year-old, will be allowed to have the normal boyhood envisioned by his father, Stuart, and go trout fishing instead of taking yoga and Italian lessons in the "ungendered" life designed by his mother, Irene. But maybe trout fishing will turn out to be less than idyllic. McCall Smith delivers plenty of twists and turns as he skewers the puffery, the pretense, the tedium and self-defeating moves in his characters' daily lives. He also forgives them their weaknesses and bathes them in love. Take Ramsey Dubarton, who puts his wife, Betty, to sleep by reading her installments of his memoirs: Betty dozes and the reader laughs—with real admiration for his opacity. As ever, McCall Smith's pacing is impeccable: moving his focus from one character to another seamlessly, dropping in just the right amount of description, keeping the talk light and sharp. Fans of this new series, here served with plenty of java, will be buzzed to know that a third volume is in the making.