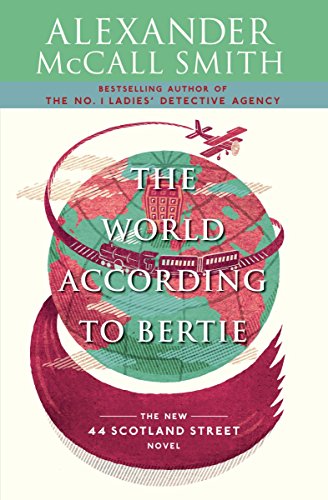 The World According to Bertie: A 44 Scotland Street Novel

Smith delivers yet another delightful installment to his Scotland Street series. This time out, he focuses mostly on the irrepressible Bertie Pollock, a precocious six-year-old whose mummy, Irene, forces him to play a saxophone, converse in Italian, do yoga and see Dr. Hugo Fairbairn, a psychotherapist who looks a lot like Bertie's baby brother, Ulysses. As Bertie struggles to accommodate his nutty mummy and new brother, another crisis explodes for artist Angus Lordie, whose beloved dog, Cyril, has been thrown in the pound for biting someone. Cyril is innocent, and Angus, with Bertie's assistance, sets out to rescue Cyril before he's put down. Subplots abound, and Smith details with dependable whimsical flair the romantic progress of Scotland Street familiars Matthew, Pat and Bruce. Series fans know what to expect, and they get it by the truckload.