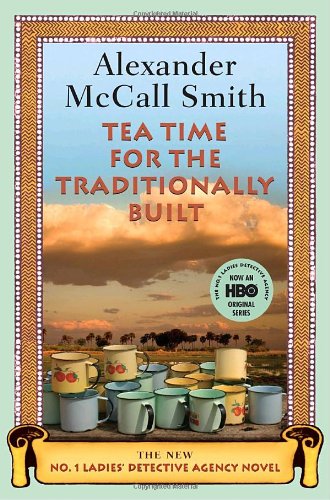 Tea Time for the Traditionally Built

Once again, Precious Ramotswe uses her insights into human nature to unravel problems big and small in Smith's charming 10th novel to feature Botswana's No. 1 lady detective (after ). Leungo Molofololo, the owner of the Kalahari Swoopers, a local soccer team with a lot of athletic talent, suspects a traitor on the squad is deliberately sabotaging games for an unknown reason. Despite her complete ignorance of the sport, Mma Ramotswe agrees to look into the matter. She and her prickly assistant, Grace Makutsi, attend a match and begin interviewing the players in an effort to solve what amounts to the book's main mystery. The soccer inquiry, though, is secondary to a major event in Mma Ramotswe's life—the impending demise of the little white van she's used for many years that's much more than a machine to her. Fans can look forward to the debut of on HBO on March 29.