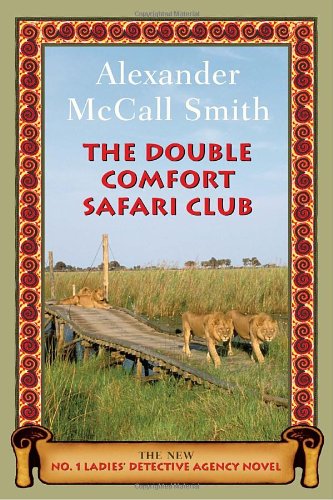 As in 2009’s , the previous entry in this beguiling, bestselling series, a personal crisis for one of the leads, rather than a mystery, drives the plot of Smith’s superb 12th novel set in Botswana featuring his infinitely understanding sleuth, Precious Ramotswe. When a delivery truck backs into Phuti Radiphuti, the fiancé of Mma Ramotswe’s prickly and insecure assistant, Grace Makutsi, and crushes his leg against a wall, Phuti’s rude aunt won’t allow Grace to visit her beloved in the hospital. Meanwhile, the No. 1 Ladies’ Detective Agency tries to help the executor of an American woman, who wished to leave some money to a kind tour guide, but couldn’t recall the guide’s name. The resolution to the problem of another client, who was cheated out of his home by a gold-digger, might strike some as unduly fortuitous, but it makes sense within the framework of these books, which are more about humanity than logic.