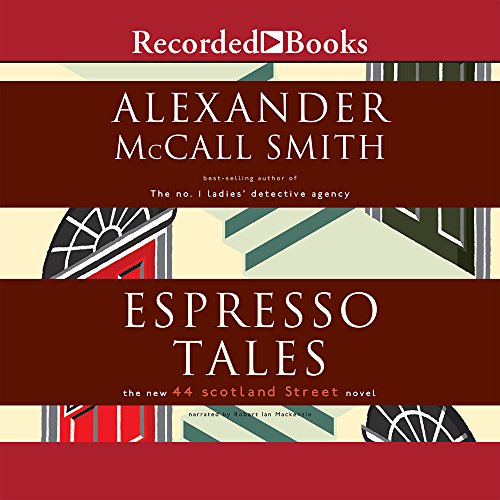 McCall Smith is such a prolific author that he needs at least three readers to keep up with him. The series that transpire in Scotland have two performers. Davina Porter narrates the Sunday Philosophy Club series while Mackenzie performs the series about 44 Scotland Street. Porter is the better performer as she catches the various cadences of Edinburgh's middle class. Mackenzie's characters sound pretty much alike in terms of their accents, with the exception of Angus's hearty brogue. Its also annoying that some of the women are given the same tiny voices used for a six-year-old genius. Best is Mackenzie's over-the-top enactment of Lard, a Glaswegian gangster and his cohorts with their barely comprehensible street slang and thick accents. The major problem with this production is the lugubrious pace of the narration. Although is the second book in a series, the audio helpfully provides two summaries of characters and events at the beginning. Despite the reader's lack of pep, the author's sly, gentle humor shines through and makes this audio charming and engaging.