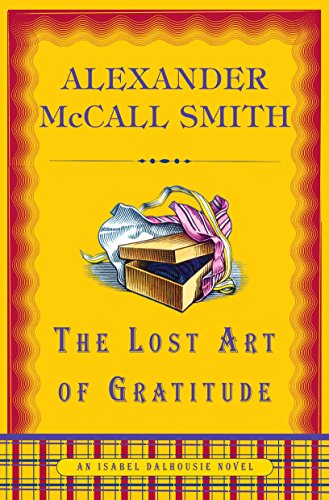 The Lost Art of Gratitude

Smith's quietly triumphant sixth novel to feature Scottish philosopher Isabel Dalhousie (after 2008's ) shows that Isabel and the author's other, better-known female sleuth—Precious Ramotswe of the No. 1 Ladies Detective Agency series—are sisters under the skin, despite obvious differences. Minty Auchterlonie, who once alerted Isabel to some insider trading, fears someone is out to get her. The tax authorities have suddenly investigated Minty, and an unknown party has sent her a funeral wreath. When Isabel looks into these provocative acts, she draws on lessons learned from the journal she edits, the , to arrive at the complex truth behind them. Meanwhile, the father of Isabel's young son proposes marriage, and a defeated academic rival accuses her of knowingly publishing plagiarism. Smith's trademark humor and telling observations about people heighten the appeal.