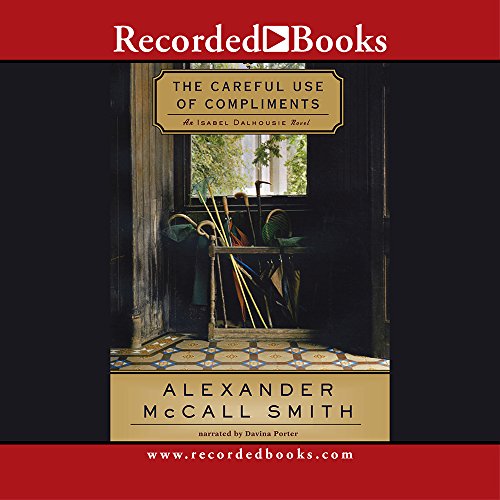 The Careful Use of Compliments

Smith's No. 1 Ladies Detective Agency series is a love letter for Botswana that has apparently enhanced tourism; in this novel, he tries to do the same for Edinburgh and the Hebrides isle of Jura. Porter does such a stunning job of bringing Jura's stark landscape to life that her dramatic reading might encourage listeners to book a Scottish sojourn. Philosopher/sleuth and new mother Isabel Dalhousie is still trying to forge a relationship with her son's father, Jamie. Porter also works wonders with Edinburgh dialect, at times stringing out Jamie's pronunciation of the word “No” into five syllables. She makes Isabel sound urbane, thoughtful, and sweetly hesitant to harm anyone else. To her credit, Porter refrains from adding some baby noises for three month-old Charlie. The only flaw in Porter's performance is that Isabel's voice makes her sound a decade or more older than her 40 years. Like McCall Smith's Edinburgh, this audio is exciting but not overly so, and like the city, it is certainly worth a visit.