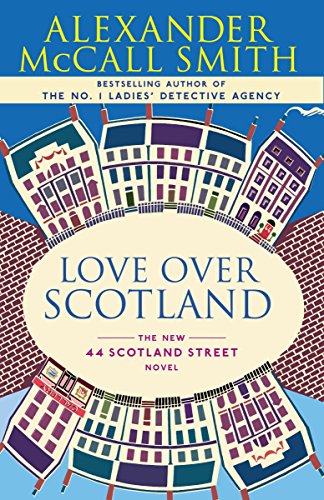 The irresistible third entry to the 44 Scotland Street series picks up with the residents of 44 Scotland Street where left off and is as addictive as any book McCall Smith has written. Anthropologist Domenica has flown off to the Straits of Malacca to study modern-day pirates. Back in Edinburgh, Pat moves from 44 Scotland Street and develops a crush on fellow art student Wolf, whose strange ways hint at a darker subplot that involves Pat's flatmate. Pat moves in with gallery owner Matthew, who struggles with both a sudden fortune and a yearning for Pat. Meanwhile, child prodigy saxophonist Bertie becomes a reluctant member of the Edinburgh Teenage Orchestra at age six and later, on a trip to Paris, finds himself wonderfully unsupervised. Poet/portrait painter Angus is tormented by the theft of his beloved dog Cyrus. The proceedings sparkle with McCall Smith's trademark wit (“It was not always fun being a child, just as it had not always been fun being a medieval Scottish saint”), proving once again, he's a true treasure. Illustrations by Iain McIntosh enliven the text.