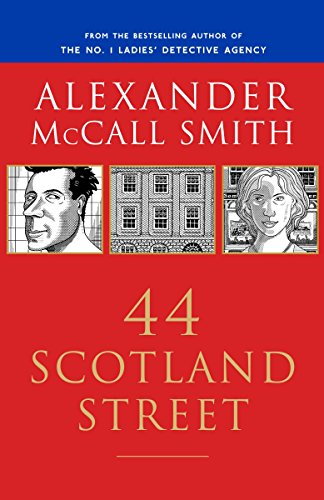 Like Smith's bestselling Botswana mysteries, this book—comprising 110 sections, originally serialized in the , that drolly chronicle the lives of residents in an Edinburgh boarding house—is episodic, amusing and peopled with characters both endearing and benignly problematic. Pat, 21, is on her second "gap year" (her first yearlong break from her studies was such a flop she refuses to discuss it), employed at a minor art gallery and newly settled at the eponymous address, where she admires vain flatmate Bruce and befriends neighbor Domenica. A low-level mystery develops about a possibly valuable painting that Pat discovers, proceeds to lose and then finds in the unlikely possession of Ian Rankin, whose bestselling mysteries celebrate the dark side of Edinburgh just as Smith's explore the (mostly) sunny side. The possibility of romance, the ongoing ups and downs of the large, well-drawn cast of characters, the intricate plot and the way Smith nimbly jumps from situation to situation and POV to POV—he was charged, after all, with keeping his newspaper readers both momentarily satisfied and eager for the next installment—works beautifully in book form. No doubt Smith's fans will clamor for more about 44 Scotland Street, and given the author's celebrated productivity, he'll probably give them what they want. .