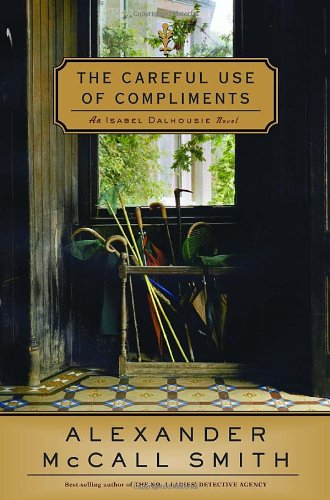 The Careful Use of Compliments

Best known for the No. 1 Ladies Detective Agency series, bestseller Smith shows he's just as adept at exploring mysteries of the heart in his fourth book to feature Edinburgh philosopher-sleuth Isabel Dalhousie (after ). Isabel has recently become a mother, but she has an ambiguous relationship with her son's father, Jamie, whose attempts to formalize their connection have been unsuccessful. Their ties are further strained by Jamie's ex-girlfriend, Cat, who not only still harbors strong feelings for him but is Isabel's niece. Isabel must also deal with petty academic politics aimed at depriving her of her position as editor of the . Smith throws in a mystery subplot—did an obscure but talented Scottish painter drown, commit suicide or fall victim to foul play?—but the resolution of that plot thread is more noteworthy for its insights into Isabel's humanistic and optimistic philosophy than for any surprise twists. Once again, Smith displays his skill at illustrating subtle nuances of human nature.