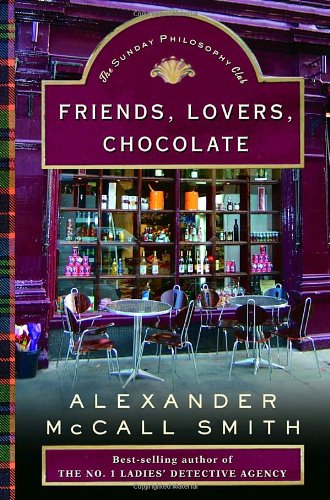 The second installment of McCall Smith's Sunday Philosophy Club series sports a charmingly meandering plot and winningly hyperverbal characters—no surprise to fans of Isabel Dalhousie's debut, The No. 1 Ladies Detective Agency books, or any of McCall Smith's 50-plus titles. Once again, Edinburgh's Dalhousie, intrepid editor of a philosophy journal, finds herself analyzing other people's problems when asked to fill in for her niece Cat, at Cat's gourmet food shop-cum-delicatessen. At the shop, Isabel meets Ian, who is haunted by visions of a man he comes to believe must be the murdered donor of his transplanted heart. As McCall Smith lovingly takes Isabel sleuthing across Edinburgh, the donor's stepfather (a man Ian has never seen) turns out to look much like the man of Ian's nightmares. Meanwhile, Cat's romantic rejects find their way, via the shop, into Isabel's social set, including former major beau Jamie, a classical musician who, though 15 years younger, becomes Isabel's confidant. A delicious mix of the unlikely and the tried-and-true, this latest cozy from an undisputed master will make readers feel just that.