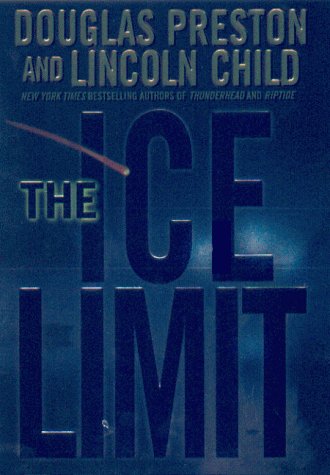 The summer-beach reader has few better friends than Preston and Child, who, beginning with Relic (1995), have produced one (generally) smart and suspenseful thriller after another, most recently Thunderhead. Their new novelDwhich, like its predecessors, skirts the edge of science fictionDis their most expertly executed (though not most imaginative) entertainment yet. Its concept is high and simple: a scientific expedition plans to dig out and transport to New York harbor the mother of all meteorites from its resting spot on an icy island offshore Chile. The mission is nearly impossible: not only will the meteorite be the heaviest object ever moved by humanity, but the Chileans, if they learn of the mission, may decimate it in order to keep the meteorite. Six strong if broadly drawn characters propel the premise into action. There's bullheaded billionaire Palmer Lloyd, who funds the expedition, and three (of the many) people he hires to get the rock: world-class meteorite-hunter Sam McFarlane, disgraced for his obsession about possible interstellar meteorites; Captain Britton, disgraced alcoholic skipper hired to ferry the meteorite to the U.S.; and Eli Glinn, cold-blooded mastermind of an engineering firm dedicated to getting incredible jobs doneDthis one at the price of $300 million. There's Commandante Vallenar, a Chilean naval officer exiled to his nation's southern wastes, who will stop at nothing to defend Chile's honor and property. Finally, there's the meteoriteDblood red, impossibly dense, possessed of strange and dangerous properties. Like the premise, the plot is simple, traversing a near-linear narrative that sustains serious tension as the expedition travels to Chile, digs out the meteorite and heads homewardDonly to face both Vallenar and a ferocious storm. What the novel lacks in sophistication, it makes up for in athleticism: this is a big-boned thriller, one that will make a terrific summer movie as well as a memorable hot-day read. (July)
close
Details