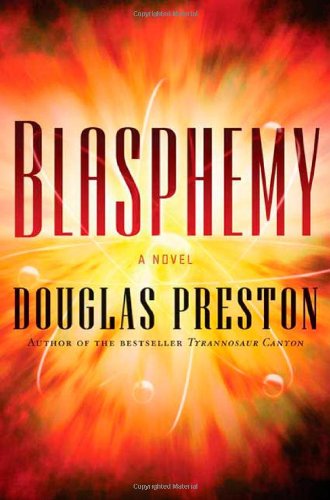 Like Isabella, a giant “superconducting supercollider particle accelerator,” the thought-provoking new thriller from bestseller Preston (Tyrannosaur Canyon) takes a while to power up, but once it does, this baby roars. The ostensible goal of Isabella’s creator, physicist Gregory North Hazelius, is to discover new forms of energy, but what he really wants is to talk to God. The project, located inside Red Mesa (“a five-hundred-square-mile tableland on the Navajo Indian Reservation”), is behind schedule, so presidential science adviser Stanton Lockwood hires ex-CIA man Wyman Ford to go to Red Mesa and find out what’s causing the holdup. Meanwhile, a Navajo medicine man, a televangelist and a pastor who runs a failed mission on the reservation are gearing up to pull the plug on Isabella before she destroys the earth. Science has often tangled with religion in this genre, but Preston puts his own philosophical spin on the usual proceedings, and when he gets his irate villagers with their burning torches headed for the castle, the pages simply fly. (Jan.)