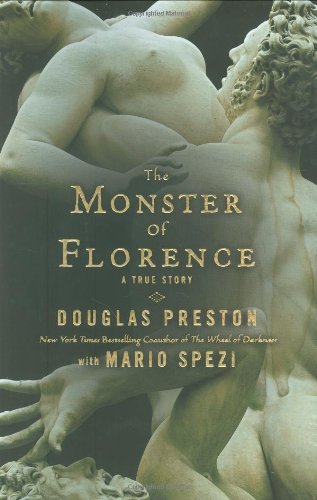 The Monster of Florence: A True Story

United in their obsession with a grisly Italian serial murder case almost three decades old, thriller writer Preston (coauthor, ) and Italian crime reporter Spezi seek to uncover the identity of the killer in this chilling true crime saga. From 1974 to 1985, seven pairs of lovers parked in their cars in secluded areas outside of Florence were gruesomely murdered. When Preston and his family moved into a farmhouse near the murder sites, he and Spezi began to snoop around, although witnesses had died and evidence was missing. With all of the chief suspects acquitted or released from prison on appeal, Preston and Spezi’s sleuthing continued until ruthless prosecutors turned on the nosy pair, jailing Spezi and grilling Preston for obstructing justice. Only when became involved in the maze of mutilated bodies and police miscues was the authors’ hard work rewarded. This suspenseful procedural reveals much about the dogged writing team as well as the motives of the killers. Better than some overheated noir mysteries, this bit of real-life Florence bloodletting makes you sweat and think, and presses relentlessly on the nerves.