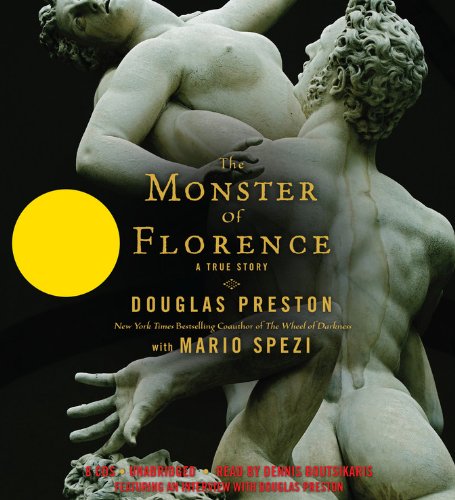 The Monster of Florence: A True Story

In an interview on the final disc, Preston describes his and Spezi's journalistic search for the still-at-large infamous serial killer of the title as “the dark side of .” It's that and more: a chilling personal account of their investigation and how the authors incurred the wrath of bungling members of the Italian judiciary and were themselves accused of the crimes. Told from Preston's point of view, Dennis Boutsikaris's crisp, intelligent vocal rendition reflects the various stages of the author's life in Italy: his delight in arriving with wife and young son at a lovely villa in Florence, his surprise in hearing that a grisly double murder was committed in the villa's olive grove, his fascination with Spezi's stories of The Monster, and eventually his astonishment, frustration, anger and fear upon discovering that he and Spezi are suspects in the murders. Boutsikaris is particularly effective in giving voice to the author's rueful and yet wistful final thoughts.