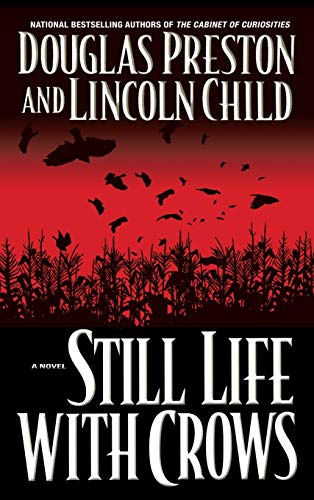 That FBI Special Agent Pendergast, one of the most charismatic thriller heroes in memory, dominates this latest novel from Preston/Child is the good news; that he's working the least interesting case of his literary career (other outings include and ) is the bad. An unusual serial killer is wreaking havoc in a small corn-growing town in Kansas; he leaves outlandish signatures, such as a mutilated body within a circle of crows on stakes and a ring of broken corn stalks. On his own initiative, Pendergast, no stranger to bizarre murders, shows up to investigate, and the authors make much hay from the contrast between the lean, infinitely refined and impossibly erudite Pendergast, a distinct descendant of Sherlock Holmes, and the down-home milieu he finds himself in. As if to emphasize his ancestry, the authors give Pendergast a Watson here: one Corrie Swanson, a rebellious, pierced and tattooed teenage girl whom he hires as his driver and guide. Further killings occur, which rumor and Pendergast tie to a 19th-century massacre of a band of outlaws by Indians. (As Pendergast explains to Corrie, he arrives at this conclusion through a "form of mental concentration, one of my own devising, which combines the memory palace with elements of Chongg Ran, an ancient Bhutanese form of meditation.") Not surprisingly, the relatively hick local cops don't like Pendergast, nor do the local politicians, who hope their town will be chosen for a lucrative experiment in genetically modified crops. When Corrie is dragged off to the killer's hideaway in a massive cave system, however, cops and Pendergast unite in an extended underground cat-and-mouse chase that will entertain readers despite their likely disappointment at the absurd, even ludicrous, identity of the villain. This may be minor Preston/Child, but it is major Pendergast; those for whom he's cup of tea will drink deep.