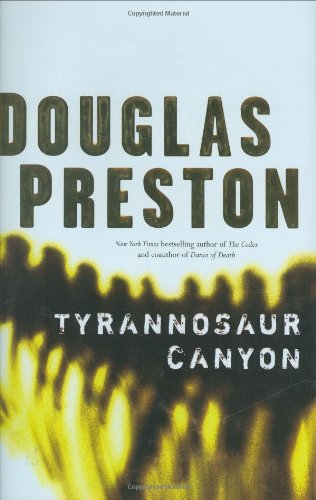 At the start of this improbable thriller from bestseller Preston ( ), innocent bystander Tom Broadbent is riding his horse through a New Mexico canyon when he comes upon prospector Stem Weathers, who's just been shot. Before Weather dies, he gives Tom a notebook filled with mysterious numbers, asking him to pass it on to his daughter. Taking this assignment to heart, Tom puts himself and his wife at ever greater, more pointless risk as he tries to deliver the notebook. Soon the Broadbents find themselves the target of the prospector's assassin—a jailbird hired by an evil British paleontologist seeking the perfectly preserved remains of a Tyrannosaurus rex—as well as a rogue government operative who's trying, with a commandeered army squad, to kill almost everyone in the book. Lively yet ridiculous, the narrative loses all plausibility as it becomes clear that the characters do what they do solely in order to keep the plot churning to its conclusion. The recent real-life discovery of a Tyrannosaurus rex fossil containing soft tissue makes this particularly timely. . .