Noley Reid's Pretend We Are Lovely transforms the story of a mentally ill mother setting off the implosion of a tight-knit nuclear family into a sharp-edged portrait of the ways in which each member of the family is shaped by the others, with no villains, only victims. At the heart of the story, set in a Virginia university town in 1982, is food, with which no one in the Sobel family has an uncomplicated relationship. Reid picks four of her favorite recent books and the food to pair with them.

Truth be told, I am an eater. Everything makes me hungry. Reading especially but it has to be the right food—thematic or overtly mentioned in the text to make the whole experience pleasantly cohere. Picking the wrong snack detracts and distracts, while the perfect pairing of nosh to novel, snack to story, can elevate the experience to sublime. 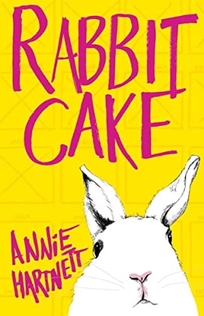 This novel about 11-year-old Elvis, a girl whose mother has just sleepwalked into a lake and died. Elvis is on my shortlist for the most charming narrator ever and the spunk and depth of her voice make her immediately lovable and memorable. But so, too, are her father, his bird, her older sister, the older sister’s friend who comes to live with them, and Boomer the border collie who didn’t just make the shortlist for best fictive dog ever but is walking away in the sash and tiara right now. Elvis’s mother always made a three-dimensional rabbit-shaped cake to celebrate special events, and when Elvis’s older sister Lizzie, also a sleepwalker, begins making several cakes a day, there will be no denying your urge to follow suit. Try pairing this book with a white, frothy coconut cake as fluffy as an angora bunny.

In a permanent state of drought, southern California is no longer habitable and most of the southwestern states’ residents have evacuated to internment camps where they are known as "Mohaves," or undesirables. Two remaining squatters—Luz, lazing in a Hollywood starlet’s abandoned home and dresses, and Ray, industriously list-making and checking-off the endless daily tasks that enable their complicated survival, including the perpetual search for water—decide to head east in search of safety and security. Trudging with Luz and Ray across the constantly relocating sand dunes that just keep rolling onward and the furnace heat of the southwest, what you will crave is everything lost and pined for: cold peaches, tart blueberries, grapes and strawberries, nectarines that dribble down your chin. Watermelon and plums, cherries, kiwis, and oranges. Slice and core and make a full plate. You’ll be reaching for another berry, another wedge, another furred slice with every page of their journey deeper into the compromised and treacherous landscape. Savor your fruit’s natural juices, though, because nothing in this book feels farfetched at all and, given our current stance on climate change, we may not have too many harvests left. 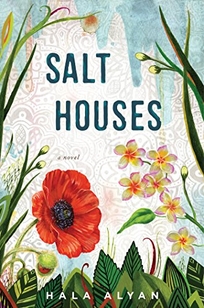 Salt Houses ambles through time and place, introducing us to four generations of the Yacoub family, who are perpetually fleeing their homes between 1963 and 2014—from Nablus when Israeli forces move in to claim and destroy it during the Six-Day War, from Kuwait City when Saddam Hussein invades, and from Beirut after the 2006 Lebanon War. Despite the danger and upheaval against which the family members’ lives unfold, this story is about family, home, and the cobbled identities that, in Alyan’s generous hands, make us feel we all truly belong. Together.

It’s no surprise, then, that over the course of the book’s 51 years, there are plenty of parties—engagements, weddings, vacations, reunions, and births—all of which are adorned with the region’s most delicious foods. And if you’re like me, the mention of platters of roast lamb over rice and kanafeh for dessert will make you weak in the knees. The sweeping nature and comfortable pace of this book feels better suited to a full meal than snacks, though I would gladly snatch the kids’ pita smeared with labneh (strained yogurt) and strawberry jam. But to truly immerse yourself in the pleasures of eating from the Yacoubs’ homelands, pepper your reading with time in the kitchen or find your local Middle Eastern markets and restaurants and sample broadly. I recommend starting with warmed pita and a bit of labneh drizzled with olive oil, sprinkled with cracked black pepper, salt, and tangy sumac, garnished with a few Kalamata olives. Read a bit more then reach for a plate of chicken shawarma alongside fattoush salad and stuffed koussa (zucchini). Nearing the end of Salt Houses, step away just long enough to make or get kullaj, warm flaky phyllo pastry triangles stuffed with ashta (clotted cream touched with rose water and orange blossom water), drizzled with simple syrup and sprinkled with chopped pistachios. Your tummy full of such delights, you’ll feel right at home with the Yacoubs. 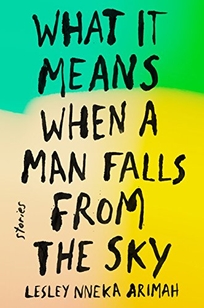 4. What It Means When a Man Falls from the Sky by Lesley Nneka Arimah

The stories in this collection are vibrant, nearly electrically abuzz with life’s most basic sorrows. There are daughters, mothers, female cousins, and aunts and each is on one side or the other of finding out “that the world requires something other than what she is.” Then there is resignation or defiance but there is always, always the ache of having disappointed the one you were meant to complete. Swimming deftly between Nigerian or American settings (and often both), each story reveals another shade of the bruise and pulls the reader along so quickly from one to the next, there’s a kind of nervousness I find best suited to fidgety food: spools of red licorice laces. The constant tugging to free the lace from its wheel, the mindless nibbling and chewing, this is what I crave reading Arimah’s evocative debut collection.