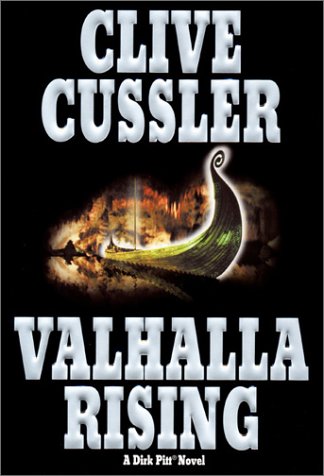 The master of action/adventure fiction strikes oil with this nonstop thriller, which tangles ancient Viking runes, Captain Nemo's , the Red Baron, water propulsion engines, murderous oil magnates, undersea catastrophes and cruise ship explosions into a knot that only Dirk Pitt and his laconic sidekick Al Giordino can unravel. Dirk spots smoke on the horizon from his NUMA research vessel and races to the flaming cruise ship in time to save most of the 2,000 passengers and crew, including Kelly Egan, beautiful daughter of the inventor of engines that run on seawater. Dr. Egan drowns, leaving Kelly with a leather case that she believes contains the secrets of his life's work—but a couple of ruthless villains want it, too, and with Dirk's help she narrowly escapes. When the wreck sinks, Pitt and Giordino use a mini-sub to search for arson clues, but the NUMA ship and crew are hijacked while the sub is under and Pitt and Giordino drift until rescued by a private boat. They then cross paths with Curtis Zale, a ruthless oil baron bent on monopoly and unafraid of using mass murder to gain his ends. Meanwhile, Congresswoman Loren Smith, Pitt's erstwhile lover, heads a committee probing Zale and is added to the target list. Cussler speeds and twists through the complex plot and hairbreadth escapes, giving the thriller the intensity and suspense of a NASCAR race. Historical asides of submarine lore, Jules Verne minutiae and references to Viking runes in America add touches of real-life oddity to the mix, and nothing will prepare even longtime Cussler fans for the major surprise he drops at the end.