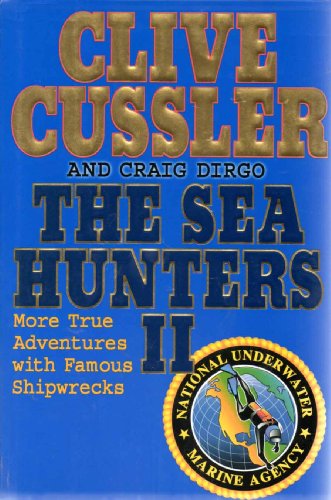 Well known for his series of action adventure novels starring Dirk Pitt, Cussler is also the founder of the nonprofit National Underwater and Marine Agency, a group that searches for shipwrecks of historical significance. The group does not salvage any artifacts; they simply note the wreckage location and turn their information over to appropriate agencies for further study and planning. In this fast-paced narrative that doesn't tinker with the earlier ' successful formula, Cussler and his teams search for 300 years' worth of wrecks as varied as La Salle's 17th-century flagship, a dirigible lost in a storm off the New Jersey coast in 1933 and the famous PT-109. Cussler traveled along the coast of Texas, up the Mississippi River and to the jungles of the South Pacific in search of historically important wrecks of all sorts. Cussler first provides the historical background for each tragedy (sometimes inventing dialogue when there are no survivors to interview), then dives into his own adventures. One of Cussler's unsuccessful searches took his team to the Maine wilderness, where they tried to locate the wreckage of a French airplane that crashed in 1927 on its way to Washington, having crossed the Atlantic nonstop, before Charles Lindbergh. On the other hand, his crew found the RMS (the ship that rescued the survivors of the ), which had been sunk by a German U-boat off the Irish coast in 1918. Cussler's artful writing style and varied experiences while searching for historical treasures make this a first-rate adventure book sure to please any student of history and the odd Pitt fan who takes the plunge. With a 250,000 first printing, many are expected to.