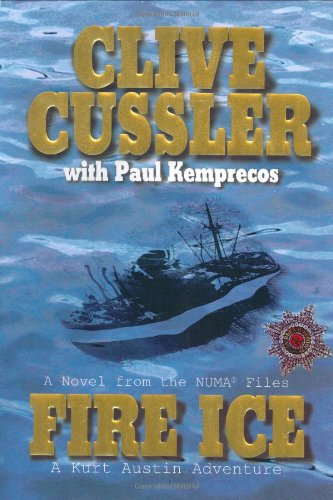 This newest addition to the Kurt Austin series (after ) has the men from NUMA (Native Underwater & Marine Agency) team up with former KGB spies to face down a Russian mobster with czarist aspirations and a zealot's hatred for the "corruption and materialism" of the Western lifestyle. The NUMA research vessel is in the Black Sea for a PR jaunt when Austin spots the overdue TV crew being chased down an island beach by mounted Cossacks. Austin learns from his old KGB Cold War adversary Vladimir Petrov that the island is a mothballed submarine base commandeered by paranoid mobster Mikhail Razov (employer of the Cossacks), a billionaire who built Ataman Industries by taking over utilities and mines sold by the state. Razov claims descent from the Romanovs and is plotting to assume the throne. Meanwhile, when a U.S. Navy sub goes missing and a mysterious tidal wave swamps a Maine coastal town, the NUMA team figures out that Ataman is mining "fire ice"—unstable and explosive solid methane in the high-pressure deep-sea bottom. Austin and his oceanographic team join forces with Petrov and set out to foil Razov's plot. Cussler is in top form here, working in a role for Old Ironsides and Czar Nicholas II's crown while throwing in enough derring-do and eco-lore to leave his fans breathless. Coauthor Kemprecos (, with Cussler) adds his oceanographic expertise to the mix.