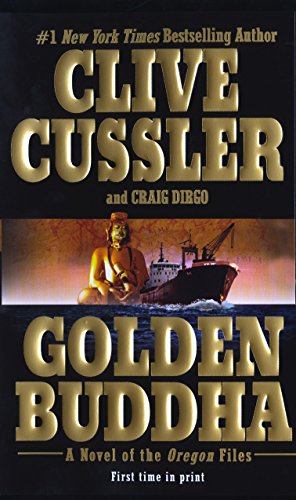 Cussler and Dirgo, coauthors of two nonfiction books (; ) team up this time to debut a new action-filled series, dubbed the Oregon Files, equal to any in the Cussler franchise. An organization of intelligent and superbly proficient mercenaries, known as the Corporation, is headquartered on the ship , a seagoing marvel of science and technology disguised as an ancient, rust-bucket cargo vessel. The leader of the Corporation—cool, brainy Chairman Juan Cabrillo—explains the mission of his organization: "We were formed to make a profit, that's for sure, but as much as we like the money, we are also cognizant of the chances that arise for us to somehow right the wrongs of others." They've been secretly hired by the U.S. government to find and acquire an ancient statue known as the Golden Buddha, stolen from the Dalai Lama upon his ouster from Tibet by the Chinese in 1959. An intricate plan is then set in motion culminating in the defeat of the Chinese in Tibet and the ascension of the Dalai Lama to his rightful place as the leader of the country. The list of characters, both good and evil, is long and sometimes confusing, but a useful directory is supplied. Cabrillo and crew are adept at high finance and diplomacy, playing the Russians off against the Chinese and winning over the United Nations. But it's the technology, real and imagined, that steals the show with awe-inspiring secret weapons and spy gear that the Defense Department would kill for. Readers will burn up the pages following the blazing action and daring exploits of these men and women and their amazing machines.