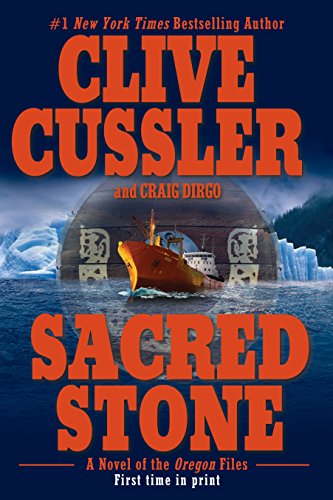 Eric the Red's A.D. 1000 discovery of a radioactive meteorite has present-day life-or-death ramifications in Cussler and Dirgo's second novel (after ) featuring the , a state-of-the-art warship disguised as a rusty tramp steamer and manned by some of the world's finest ex-military and intelligence operatives. Known collectively as the Corporation, the men and women of the —"mercenaries with a conscience"—offer their services to various countries and individuals with specialized security and military needs. The Corporation's chairman, series hero Juan Cabrillo, has several pressing concerns: supply security for the emir of Qatar, who is attending a conference in Iceland; track down a nuclear bomb that has gone astray; and pick up the aforementioned meteorite, which has just been found ensconced in a mysterious shrine. These jobs become dangerously complicated when industrialist Halifax Hickman, a man fueled by revenge and hatred, enters the picture. The meteorite, the atomic bomb and a vial of plague are to be used in attacks on holy sites—Israel's Dome of the Rock and Saudi Arabia's al-Haram mosque—and at an Elton John concert. It's a deadly game, but the brilliant Cabrillo is a master player, moving his pieces at lightning speed on several boards until he outmaneuvers his opposition in this action-packed page-turner.