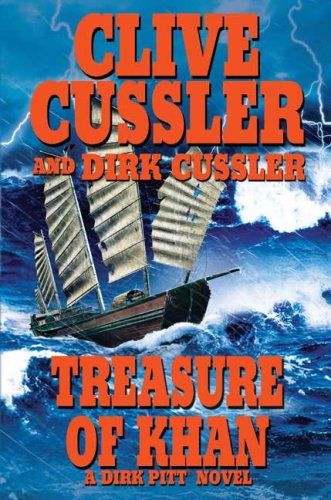 Dirk Pitt's 19th adventure, the second collaboration between father and son Clive and Dirk Cussler (after 2004's ), offers a plot as credible as it is monstrous and the kind of exotic aquatic detail that amazes, informs and entertains. The action, and there's plenty of it, ranges from Siberia's Lake Baikal and the wilds of Mongolia to the Hawaiian islands. The treasure is that of Genghis and Kublai Khan, the great Mongolian conqueror and his grandson. The villain is a modern-day Mongol with dreams of restoring national power and pride. The heroes are Pitt, sidekick Al Giordino and Pitt's son and daughter, Dirk Jr. and Summer, all affiliated with Pitt's National Underwater and Marine Agency (NUMA). The exploits of Pitt and company, particularly their narrow escapes, tend toward the larger-than-life, but these are nicely balanced by down-to-earth explanations of such phenomena as seiche waves and oil seeps.