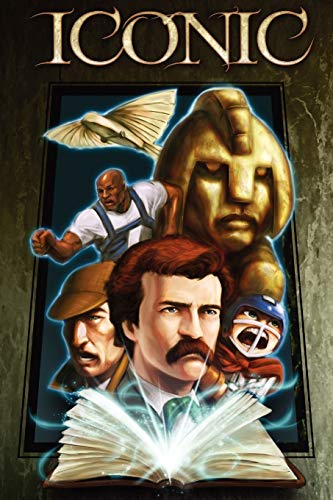 The Comicbook Artists Guild is a networking group that publishes a yearly anthology to promote the work of its members. This one has 10 tales in all, based on existing characters, whether legendary—Sherlock Holmes, John Henry, the ghost of Ebenezer Scrooge—or historic—Mark Twain. The story that asserts that Gustave Whitehead, not the Wright Brothers, flew first reads like propaganda. (Since the CAG aims to get this book into schools, having a character say “The truth isn't always what we learn in school” may be problematic.) Others are straight retellings in odd settings, Robin Hood as a western or Prometheus as a scientist fighting supersoldiers. The choice to present existing tales with a twist instead of having writers create their own stories and characters is strange and sometimes unimaginative; several of the stories require the reader to know the previous version in order to appreciate them. Most of the art is at least competent, although some demonstrate the lack of backgrounds and inconsistency from panel to panel that mark the artists as “aspiring” instead of “accomplished.” Overall, the project has good intentions, but the result is a middling selection of mediocre heroic tales.