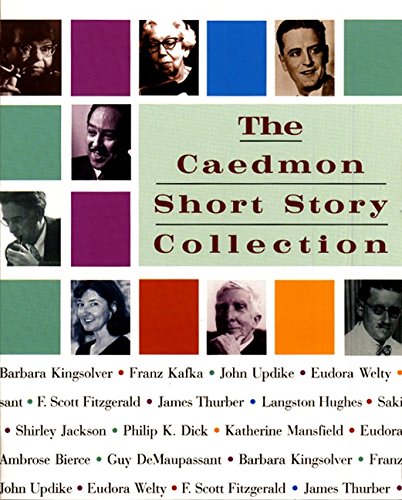 Caedmon celebrates its 50th anniversary with an impressive sampler of classic short stories, many originally released on LP records. Most are unabridged; a few were "lightly abridged" to fit the original LP format. The 14 well-known stories provide a balanced literary overview, and include such diverse offerings as Ambrose Bierce's "An Occurrence at Owl Creek Bridge" (read by David McCallum), Franz Kafka's "A Hungry Artist" (read by Lotte Lenya), James Thurber's "University Days" (read by Richard Kiley) and Shirley Jackson's "The Lottery" (performed by Maureen Stapleton). The narrations are first-rate. In Saki's "Tobermory" (about a talking cat who reveals secrets and scandals at a dinner party), reader Keith Baxter comically voices the dinner guests in stuffy, pompous and horrified tones, and offers the perfect sly, insinuating tone for Tobermory himself. Claire Bloom gives a quietly poignant performance of Guy DeMaupassant's "The Diamond Necklace," in which a middle-class woman's desire for luxury leads to utter poverty and devastation when she loses a borrowed necklace she believes is made of diamonds. Ossie Davis is terrific as both the educated, liberal black man and the more truthful, down-to-earth, dialect-speaking Harlemite of Langston Hughes's "A Toast to Harlem." Dylan Baker gives a suitably laid-back performance of F. Scott Fitzgerald's "The Jelly-Bean," about a once-promising young man turned slacker, and Keir Dullea presents a dull clerk who dreams of Mars, not realizing he was once there as a secret agent, in Philip K. Dick's science fiction classic "We Can Remember It for You Wholesale" (the inspiration for the film ).