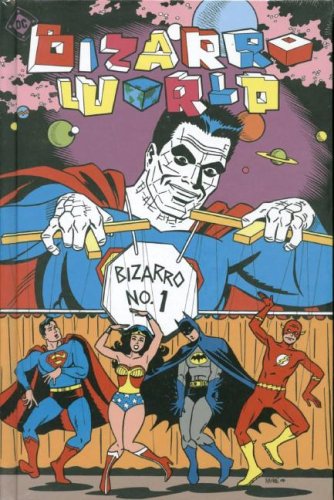 This sequel to 2001's anthology again invites underground and alternative cartoonists—and a few other unlikely types—to get nutty with the DC Universe's characters. This time, curiously, almost all the stories are written and drawn by two different people. Contributors include some very big names: Craig Thompson draws a Spectre story, and Harvey Pekar of fame imagines himself as Bizarro. A few of the highlights are by creators who also appeared in the first volume, notably Chip Kidd and Tony Millionaire, who collaborate on another totally out-to-lunch Batman story. A couple of themes and favorite characters recur; more than one story uses the "Jingle bells/Batman smells" schoolyard song, and everyone seems to love playing with the Legion of Super-Heroes. And a few creators take the "bizarro" mandate as an excuse to imitate the look and feel of early comics. The best stories imagine the superheroes' world colliding with the plebeian realities these cartoonists specialize in: Kyle Baker's dryly amusing riff on Batman's butler custom-ordering a Batmobile, Mike Doughty and Danny Hellman's deadpan tale about Aquaman playing an open-mike night and getting upstaged by Robin, and Peter Bagge and Gilbert Hernandez's "The Red Bee Returns," in which the most deservedly obscure superhero ever attempts to update his image.