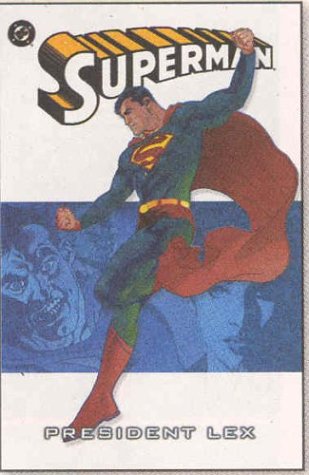 In the world of comics, the most recent presidential election was decided quickly and cleanly, and the man in the Oval Office is Superman's arch-enemy, Lex Luthor. This work collects the 2000 and 2001 episodes of various Superman-related series explaining how and why it happened. As readers might expect from a story with six writers and 32 artists credited, it's something of a mess. Cobbling together the relevant bits from an ongoing serial results in a lot of loose ends, plot elements that seem to emerge from nowhere, fight scenes that have little to do with the story and a deeply inconclusive ending. The volume also appears to have been assembled out of sequence, announcing the election's outcome too early. Still, parts of the book are plenty of fun: Loeb's chapters throw the focus on the staff of the as they try to figure out how to cover the election fairly and deal with Luthor's relentless spin on his villainous past. Occasional writer Greg Rucka involves Batman and his supporting cast in the political machinations. And beneath the gaudy surface, there's some sly political satire going on: no matter what happened in our world's election, the writers suggest, at least we didn't get stuck with a murderous, scheming multimillionaire who'd sell out the helpless for his own glory, did we?