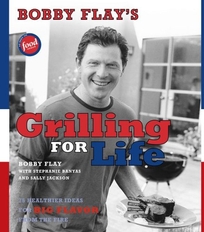 BOBBY FLAY'S GRILLING FOR LIFE: 75 Healthier Ideas for Big Flavor from the Fire
Bobby Flay, Author . Scribner $22 (224p) ISBN 978-0-7432-7272-8
Even though each recipe in Flay's new guide to grilling is accompanied by an analysis provided by nutritionist Joy Bauer (including number of calories and grams of carbs, sugar, fat, sodium and fiber), the Food Network star insists this is not a
READ FULL REVIEW 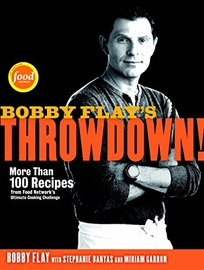 Bobby Flay's Throwdown!
Bobby Flay, Clarkson Potter, $27.50 (272p) ISBN 978-0-307-71916-4
A famous chef walks into an eatery and says, "Hey, prepare your signature dish and let's see if I can make a variation worth televising." That, in essence, is the concept behind Throwdown! the Food Network reality show that premiered in 2006, the...
READ FULL REVIEW 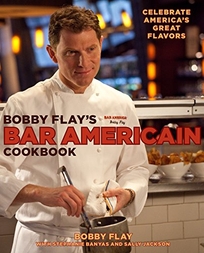 Bobby Flay's Bar Americain Cookbook
Bobby Flay. Clarkson Potter, $35 (272p) ISBN 978-0-307-46138-4
In the 27 years since his graduation from the French Culinary Institute, Flay has not only assumed the title of king of deep, rich American flavors, he has also become the iron chef of synergy, drawing from an ever expanding pool of television work,
READ FULL REVIEW 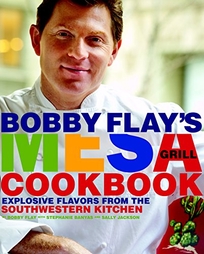 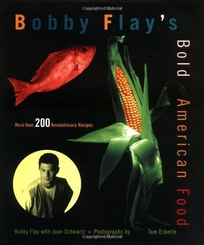 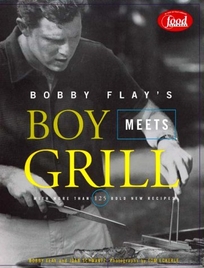 Bobby Flay's Boy Meets Grill: With More Than 125 Bold New Recipes
Bobby Flay, Author, Joan Schwartz, Joint Author, Tom Eckerle, Photographer Hyperion Books $32.5 (288p) ISBN 978-0-7868-6490-4
Flay's third book is a must read for those who have wondered how this successful restaurateur and cable TV's maestro of marinade can so assuredly choose gas over charcoal when it comes to his biggest passion, grilling. He prefaces his recipes with...
READ FULL REVIEW 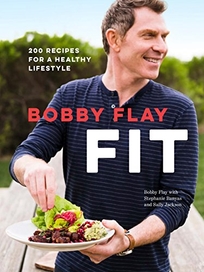 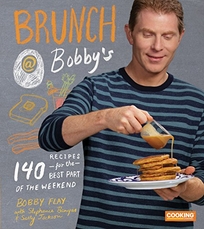 Brunch at Bobby’s: 140 Recipes for the Best Part of the Weekend
Bobby Flay, with Stephanie Banyas and Sally Jackson. Clarkson Potter, $29.99 (256p) ISBN 978-0-385-34589-7
In his 13th cookbook, Flay makes a compelling case for brunch at home: “The drinks won’t be watered down, the food will be amazing... and you can keep the party going as long as you like.” Flay provides an incredible 140-recipe blueprint, but...
READ FULL REVIEW 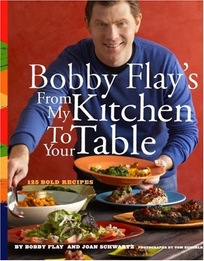 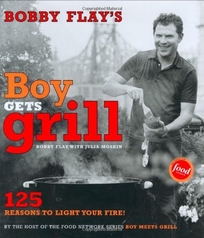 BOBBY FLAY'S BOY GETS GRILL: 125 Reasons to Light Your Fire!
Bobby Flay, Author, Gentl & Hyers, Photographer, John Dolan, Photographer , with Julia Moskin. Scribner $30 (320p) ISBN 978-0-7432-5481-6
Although grilling is often synonymous with red meat, roaring flames and testosterone, Flay, star of the Food Network's Boy Meets Grill (and author of the book of the same name), shows that there is a sensitive, more elegant side of grilling....
READ FULL REVIEW 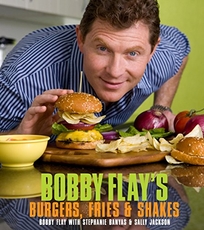 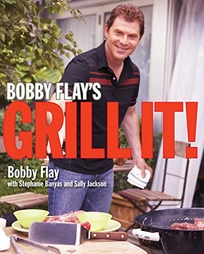 Bobby Flay's Grill It!
Bobby Flay, Author, Ben Fink, Photographer, Stephanie Banyas, With . Clarkson Potter $35 (280p) ISBN 978-0-307-35142-5
This is the fourth cookbook by Flay dedicated solely to grilling, and over the years he has hosted four different cooking shows also focused on the art of placing meat and veggies upon a backyard flame. So one might excuse the author for having run...
READ FULL REVIEW 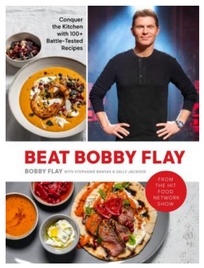 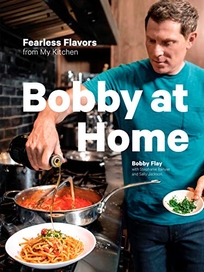 Bobby at Home: Fearless Flavors From My Kitchen
Bobby Flay, with Stephanie Banyas and Sally Jackson. Clarkson Potter, $32.50 (256p) ISBN 978-0-385-34591-0
Celebrity chef Flay (Boy Meets Grill, etc.) returns with what he calls his most personal cookbook yet: the recipes he shares with friends and family at his apartment in New York and house in the Hamptons. Several of those friends, as well as co-write
READ FULL REVIEW 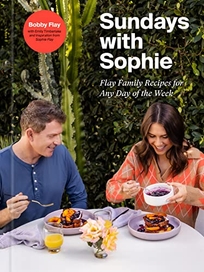 Sundays with Sophie: Flay Family Recipes for Any Day of the Week: A Bobby Flay Cookbook
Bobby Flay with Emily Timberlake and Sophie Flay. Clarkson Potter, $35 (256p) ISBN 978-0-593-23240-8
Celebrity chef Flay (Beat Bobby Flay) returns with an inviting collection of recipes inspired by meals and memories he has shared with his daughter, Sophie, which he in turn hopes will give readers “wonderful moments between you and the people close
READ FULL REVIEW
ARTICLES
ADVERTISEMENT
More from pw