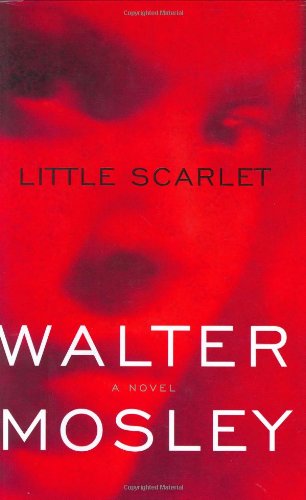 Set during the Watts riots of 1965, this eighth entry in Mosley's acclaimed Easy Rawlins series ( , etc.) demonstrates the reach and power of the genre, combining a deeply involving mystery with vigorous characterizations and probing commentary about race relations in America. Easy Rawlins, 45, is—like the rest of black L.A.—angry: "the angry voice in my heart that urged me to go out and fight after all the hangings I had seen, after all of the times I had been called nigger and all of the doors that had been slammed in my face." But Easy stays out of the fiery streets until a white cop and his bosses recruit him to identify the murderer of a young black woman, Nola Payne; the cops suspect an unidentified white man whom Nola sheltered during the riots, and are worried that if pursue the case, word will leak and the riots will escalate. Easy, an unlicensed PI who also works as a school custodian, agrees to investigate, drawing into his quest several series regulars, including the stone killer Mouse, the magical healer Mama Jo and his own family. There's also a sexy young woman whose allure, like that of the violent streets, threatens to smash the life of integrity he has so carefully built. In time, Easy focuses on a homeless black man as the killer, not only of Nola but of perhaps 20 other black women, all of whom had hooked up with white men. This is Mosley's best novel to date: the plot is streamlined and the language simple yet strong, allowing the serpentine story line to support Easy's amazingly complex character and hypnotic narration as Mosley plunges us into his world and, by extension, the world of all blacks in white-run America. Fierce, provocative, expertly entertaining, this is genre writing at its finest