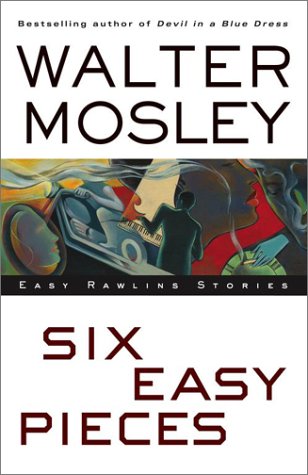 Fans of Mosley's Easy Rawlins mysteries received a bonus when Washington Square recently reissued in trade paper the six novels that preceded the latest one, (2002). Each reprint contained an original short story featuring Easy. Now, those stories and a seventh never before published have been gathered together in a volume that's something of a patchwork but still vintage Mosley. In his mid-forties, with a makeshift but tight family and a respectable and responsible job, Easy no longer needs to depend on trading favors to earn a living. But these stories reflect a more restless and reckless man—one who finds himself being drawn to the street life he thought he had left behind. Energized and unsettled by rumors that the dangerous and unpredictable Raymond Alexander, better known as Mouse, might still be alive, Easy undertakes to determine the truth. That extended search also finds Easy undertaking a number of jobs that recall his forte of being a black man more capable than most of dealing with the volatile intersection of blacks and whites in Los Angeles. In short order he investigates arson, murder, a missing person and other crimes. The linked stories form an extended search not only for Mouse but also for answers as Easy confronts the familiar demons of mid-life crisis. Easy occupies center stage, surrounded by a stellar cast of both new and familiar characters, while the spirit of Mouse hovers enticingly nearby.