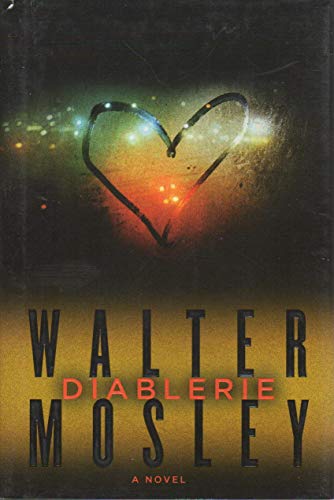 In this short, intense (or “serious novel”), Mosley probes the human condition through Ben Dibbuk, a black man whose name evokes the dybbuk of Jewish folklore. A 47-year-old computer programmer for a New York City bank, Dibbuk is married to Mona, the editor of a new cutting-edge magazine, , which “can mean either mischievous or evil.” He has a daughter at NYU and a 21-year-old Russian mistress whose apartment and graduate school tuition he pays for. Then a woman he doesn’t remember threatens to shatter the shell Dibbuk has built to protect himself from his troubled, alcoholic past. When Dibbuk discovers Mona is having him investigated, he realizes he risks being charged for a murder he can’t remember but may have committed. As Dibbuk struggles to escape the emotional vacuum of his life, he may not be free to enjoy his reawakening. This is Mosley at his deepest and best, scratching away the faces we wear to reveal the person behind the masks.