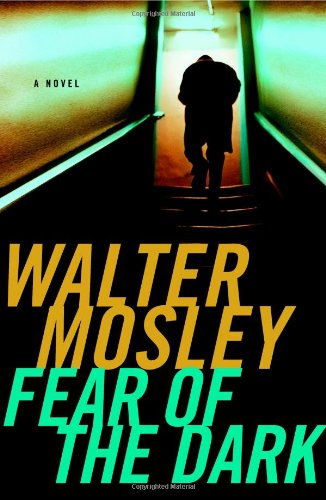 Fear of the Dark

Though the prose is a bit rough in spots, Mosley's third outing for L.A. bookseller Paris Minton and the intrepid Fearless Jones is as entertaining as its predecessors, and . Trouble comes to Paris's door in the form of his cousin Ulysses "Useless" S. Grant IV," who needs help after getting mixed up in a scheme that has gotten totally out of hand. Despite refusing to even let Useless cross his threshold, Paris is drawn, violently, into the fray. Mosley isn't afraid to cast his characters in heroic molds and does so explicitly when Paris recalls and muses: "Fearless was the hero, I was the hero's companion, Useless was the mischievous trickster." As in any good heroic adventure, Fearless and Paris face a variety of monsters, traps, sirens and other temptations. Mosley's talent for sketching memorable minor characters of every hue ("buttery brown," "copper," "brick," "olive with a hint of lemon") is fully evident, while his reading of the racial temperature of the 1950s is as dead-on as ever.