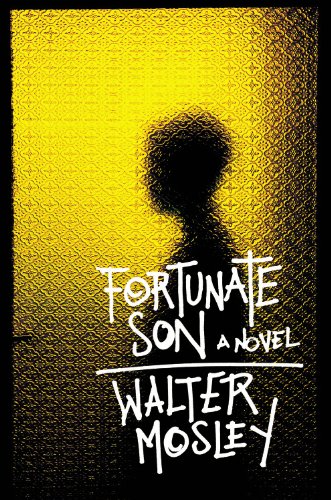 White Los Angeles heart surgeon Minas Nolan, a very recent widower, meets African-American flower-shop employee Branwyn Beerman when her son Thomas is born prematurely with a hole in his lung, and without a father in his life. Minas has a son, Eric, a week younger than Tommy, and the four, along with enigmatic Vietnamese nanny Ahn, soon form a loving ménage. Following Branwyn's sudden death 50 pages later, Tommy, now six, is plunged into a hardscrabble life when his difficult father, Elton, claims him; he grows up without resentment, talking aloud to Branwyn when he's sad or confused (and sometimes to Elton's on-again, off-again partner, May), but ends up on the streets. Eric, meanwhile, sails through childhood and adolescence, but remains alienated, constantly missing "his brother," even having a child at 16 with Christine, who's a few years older. Knowingly drawing on the genre constraints that drive his Easy Rawlins mysteries, Mosley puts Thomas through trial after trial, and Eric through a kind of chronic heartlessness. Both continually refer to the time they lived together, and each thinks of the other as a real brother. After more than 10 years of separation, they're reunited, but that's not the point: with the lightest, slyest of touches, Mosley shows how a certain kind of inarticulate, carnal, involuntary affection transcends just about anything. It's not love, it's fate, and it's breathtaking.