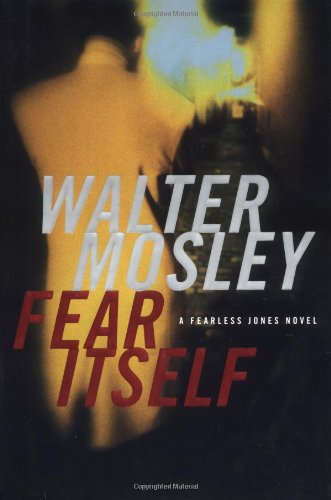 In this eagerly anticipated follow-up to (2001), Watts bookstore owner Paris Minton and the dangerous but principled Fearless Jones tread the familiar territory mapped so successfully by Mosley's original detecting duo, Easy Rawlins and Raymond "Mouse" Alexander. The author depicts 1950s Los Angeles with his usual unerring accuracy, but a somewhat different dynamic drives his heroes. When Fearless drags the reluctant Paris into helping him look for Kit Mitchell (aka the Watermelon Man), their quest turns quickly murderous. Timid bookworm Paris gets caught in a deadly game of hide-and-seek whose players deal in lead, money and lies and include members of the fractured and fractious family of millionaire black businesswoman Winifred L. Fine. Neither Fearless nor Paris is sure who or what the various seekers are after—the missing Mitchell, a fabulous emerald pendant or a family diary—only that it's valued more than the lives lost trying to find it. A desire to aid his friend Fearless initially motivates Paris, but his journey becomes a voyage of self-discovery. While Paris possesses a narrative voice that's more literate and middle-class than that of the street-smart Easy, it should still resonate with Mosley's legions of fans.