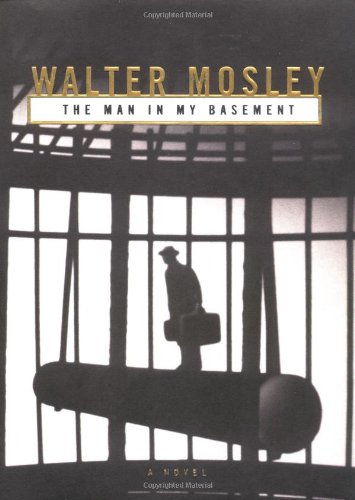 THE MAN IN MY BASEMENT

Even in his genre fiction, which includes mysteries (the Easy Rawlins, Fearless Jones and Socrates Fortlaw series) and SF ( , etc.), Mosley has not been content simply to spin an engrossing action story but has sought to explore larger themes as well. In this stand-alone literary tale, themes are in the forefront as Mosley abandons action in favor of a volatile, sometimes unspoken dialogue between Charles Blakey and Anniston Bennet. Blakey, descended from a line of free blacks reaching back into 17th-century America, lives alone in the big family house in Sag Harbor. Bennet is a mysterious white man who approaches Blakey with a strange proposition—to be locked up in Blakey's basement—that Blakey comes to accept only reluctantly and with reservations. The magnitude of Bennet's wealth, power and influence becomes apparent gradually, and his quest for punishment and, perhaps, redemption, proves unsettling—to the reader as well as to Blakey, who finds himself trying to understand Bennet as well as trying to recast his own relatively purposeless life. The shifting power relationship between Bennet and Blakey works nicely, and it is fitting that Blakey's thoughts find expression more in physicality than in contemplation; his involvements with earthy, sensual Bethany and racially proud, sophisticated and educated Narciss reflect differing possibilities. The novel, written in adorned prose that allows the ideas to breathe, will hold readers rapt; it is Mosley's most philosophical novel to date, as he explores guilt, punishment, responsibility and redemption as individual and as social constructs. While it will be difficult for this novel to achieve the kind of audience Mosley's genre fiction does, the author again demonstrates his superior ability to tackle virtually any prose form, and he is to be applauded for creating a rarity, an engaging novel of ideas.