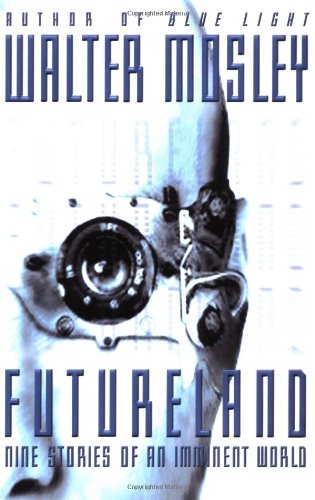 After the qualified success of his first science fiction novel, (1998), Mosley (best known for such mystery fiction as the Easy Rawlins series) returns with nine linked short stories set in a grim, cyberpunkish near-future. Unfortunately, heavy-handed plotting and unconvincing extrapolation weaken the collection's earnest social message. "Whispers in the Dark" introduces prodigy Ptolemy Bent, who will grow to be the smartest man in the world in spite of his poverty-ridden childhood. Ptolemy reappears in "Doctor Kismet" as an adviser to assassins trying to kill the richest, most corrupt man in the world and as the brains behind a series of global plots to overthrow the status quo in "En Masse" and "The Nig in Me." Champion boxer and much-hyped female role model Fera Jones steps away from the ring to take hands-on responsibility for the influence she wields in "The Greatest." With its easily befuddled talking computer justice system, "Little Brother" is more than high-tech cyberpunk. In more familiar territory for Mosley, PI Folio Johnson investigates a series of murders linked to Doctor Kismet in "The Electric Eye." Although packaged as SF, this book is likely to disappoint readers of that genre who've already seen Mosley's themes of racial and economic rebellion more convincingly handled by authors like Octavia Butler. Mystery fans, on the other hand, are far more likely to embrace this latest example of Mosley's SF vision, with its comfortably familiar noirish tone and characters, than they did .