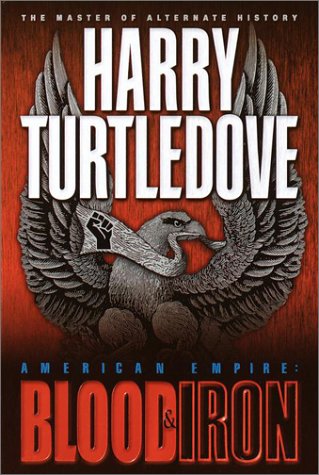 Nobody plays the what-if game of alternative history better than Turtledove, especially when he has a large-scale subject and when he's working close enough to the present for readers to appreciate his detailed analyses of how familiar events might have turned out differently. His massive trilogy, , described how WWI might have been fought on an Earth where the Confederacy was still an independent nation. This follow-up novel begins by showing postwar life. Teddy Roosevelt is president; however, the Socialist Party gives the establishment serious competition, as veterans question the society they fought to save, and Upton Sinclair challenges TR in the election of 1920. Meanwhile, in the humiliated and bankrupt Confederate states, an angry racist with a gift of demagoguery whips up violent mobs and aims them at his enemies. Readers will recognize some of the names, but watching historical processes in action is the novel's real attraction. Knowing what happened in our timeline, readers will want to imagine the results of different choices. Sometimes, luck and willingness to compromise can resolve conflicts. On the other hand, the Southern Hitler may have his way. It depends on how well people make sense of the situations facing them. Turtledove's introduction carries over a cast of 16 varied characters from . Not all survive, but readers will be curious to see how the rest go on to cope with new challenges. This book begins a panoramic story, a new trilogy at least, that promises to be immensely fascinating.