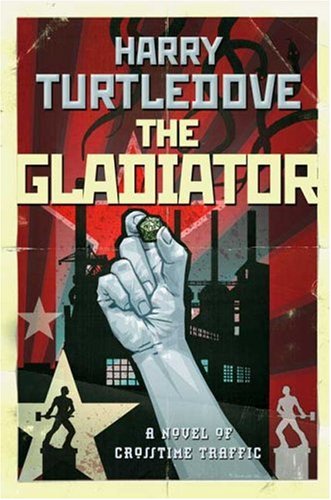 et in a future world where the Soviet Union won the Cold War, Turtledove’s absorbing fourth Crosstime Traffic novel (after 2005’s ) is the best yet in this SF series with substantial YA crossover. The two main characters are particularly well drawn: 17-year-old Annarita Crosetti and 16-year-old Gianfranco Mazzilli, students at Enver Hoxha Polytechnic in a Milan that’s part of the quasi-Stalinist Italian People’s Republic. Gianfranco is a fairly hopeless student, until he discovers a new game shop called the Gladiator, where he’s delighted to play a game, Rails Across Europe, that improves his algebra scores. When the security police close down the shop for teaching capitalism, the head clerk, who’s a friend of Gianfranco’s and a marooned outtimer, goes on the lam. Fans of Turtledove’s unambiguously adult alternative history ( , etc.) will find this effort up to his usual high standard.